Rule by gang thug violence.   These religiously driven self-righteous assholes shut down a legal event because they did not like it and it violated their idea of what people should be allowed to do.   Their idea of what others may do, their religious morality, is now being forced on everyone and if you don’t do what they want they will hurt you.   The US Christian Taliban.   Welcome to the theocracy.  First they are starting with the drag shows and trans people but make no mistake as they force their way on to more people, they will come for everyone who differs from them, they will come after those who have different idea or religious beliefs.  Understand these drag shows are not sex shows, it is dressing up in costumes and acting out a show.  Or reading stories in libraries.    The right has made every mention of drag shows equal sex, to make an issue of kids going to them or dressing up.    But these same haters are fine with child beauty pageants that really do sexualize little girls.    Hugs 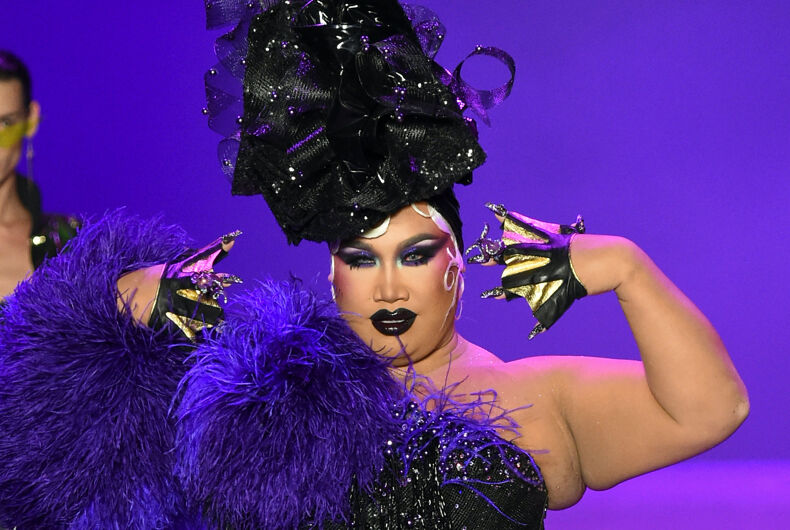 A Texas bar canceled its all-ages, Disney-themed drag brunch after threatening messages that made the bar fear for people’s safety. The event was shared on social media by conservatives who encouraged others to help shut it down.

Cool Beans Bar and Grill in Denton, Texas — a city about 40 miles northwest of Dallas — received “aggressive phone calls and hateful comments” over a Disney drag brunch it had scheduled for last Sunday. The event was set to feature local drag performers like Crystal Whitney, Juana D’Marco, and Genesis Mugler.

While the Disney-themed event was all-ages, the venue is also located less than a block away from the University of North Texas, meaning that its likely clientele was college-aged young adults under the age of 21 rather than young children. The bar has been described as a welcoming space for the LGBTQ community.

Nevertheless, on September 8, Sara Gonzalez, a host for the conservative broadcast Blaze TV, wrote on Twitter that the bar was “hosting an ALL AGES drag show THIS SUNDAY.” She asked her over 247,000 Twitter followers, “Who’s coming with me to shut it down?”

Don Huffines, a conservative state politician, also shared the event, and wrote to his 46,300 Twitter followers, “The devil is coming for your kids. What are you going to do to stop this madness?”

The #txlege has failed to protect TX children.

The devil is coming for your kids. What are you going to do to stop this madness?

By Thursday night, the bar announced the event’s cancellation via Facebook.

“Our drag brunch has caught a lot of attention from certain political groups who have made it very clear that they aren’t happy about this event,” the bar wrote. “To those of you out there who have forced us to make this decision, shame on you! Shame on you for putting fear into us with your threats, your horrible DM’s, your aggressive phone calls, and hateful comments.”

“This is not a ‘win’ for you,” the bar added. “We employ college-aged students and you have made them fearful in a place where before this day they have felt protected and safe. Us canceling is not out of agreement, but out of fear for our employees’, performers’, and customers’ safety.”

Both Gonzalez and Huffines declared victory after the event’s cancellation.

Gonzalez accused the event of using a Disney theme to introduce children to drag. She also said it is “child abuse” to take “young children to sexually explicit shows where men dress up like women and dance provocatively for money.” She encouraged her followers to help her shut down an upcoming drag event in Katy, a Texas city just west of Houston.

When one Twitter user accused Gonzalez of supporting so-called “cancel culture,” Gonzalez wrote, “The overwhelming majority of people in this country are completely fine canceling pedophiles. What’s troubling is that you are not.”

Conservatives have claimed (without any evidence) that drag shows seek to “groom” children for sexual abuse. In reality, all-ages drag shows usually feature no explicit sexual content. Most feature lip-sync performances and sing-alongs by performers in colorful costumes and makeup.

Huffines shared a screenshot of a news report on the event’s cancellation, and wrote, “To all the sickos hosting child drag shows across Texas: We will shine a light on your perverted plans until you crawl back into the hole you came from. Don’t mess with Texas kids. #PatriotsAssemble #TexasFirst.”

Huffines’ other tweets voiced support for Texas state Rep. Bryan Slaton’s (R) pledge to introduce legislation that would criminalize taking a child to a drag show. Slaton has said that kids attending drag shows is the same as sexual abuse.

In late August, anti-LGBTQ protesters tried to shut down an all-ages drag event in Roanoke, Texas, a town 17 miles south of Denton. However, the protesters were stopped by armed counterprotesters carrying rifles.