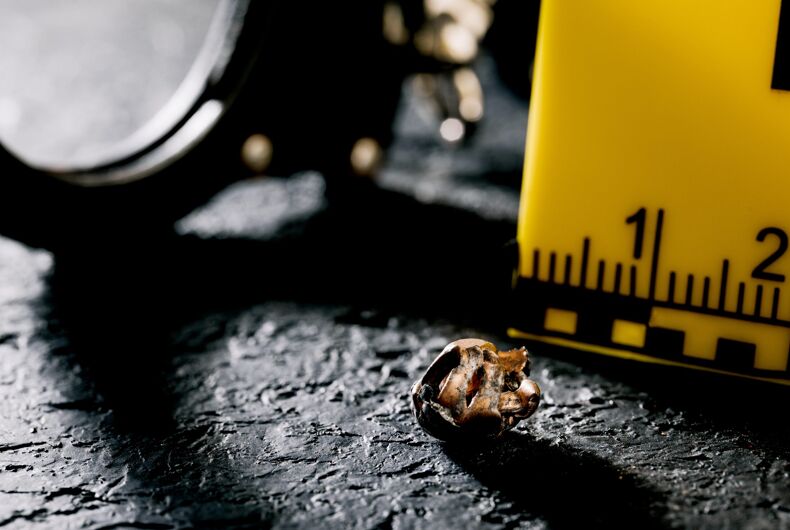 Two people died and one was injured in a Wednesday night shooting at a gay bar called Teplaren in Slovakia’s capital city of Bratislava.

On Facebook, local LGBTQ Pride group Dúhový Pride Bratislava named the victims who died (two young people named Matus and Juraj) as well as the injured person (Radka). The group also expressed shock about the shooting, calling it “unprecedented in the history of our community.”

“A heinous act of a radicalized individual can happen at any time, but it is a testament to the time and society who he chooses to target his attack,” the group wrote. “The fact that he has chosen LGBTI people is the result of a long and systematic campaign against them by state officials, churches, and extremist groups.”

The group called on the government to take steps to condemn and make systemic reform to prevent such violence in the future. It has also organized a “march to condemn hatred against the LGBTI community” with four other allied organizations. Local police will provide security for the event.

In a public statement, Slovakian Prime Minister Eduard Heger said, “I strongly condemn yesterday’s attack in which two people died… It is unacceptable that anyone should fear for their life because of the way they live.”

Slovakia has anti-discrimination protections for LGBTQ people, allows queer citizens to serve in its military, allows people to change the gender on their government documents, and recognizes same-sex marriages that occur elsewhere in the European Union (EU). However, the nation has no hate crime laws, does not recognize same-sex marriages that occur within its borders, nor does it allow adoption or surrogate births for same-sex couples.

According to a 2019 study by the Pew Research Center, only 44 percent of Slovaks consider homosexuality to be acceptable in society. This places Slovakia well below the EU average in terms of social acceptance of LGBTQ people. These attitudes have been influenced by neighboring anti-LGBTQ nations like Poland as well as by the influential Slovakian Catholic church.