We knew this even though the trump people denied it.   DeathSantis did the same thing.   Horrible waste of life because of pride and ego.    Over 81 thousand people have died of Covid already and more still dying because they didn’t get the vaccines / boosters.  The Florida surgeon general claims the vaccines are more harmful than Covid itself in what is laughingly called a joke of a study, which was not a study in any sense of the word.    Hugs 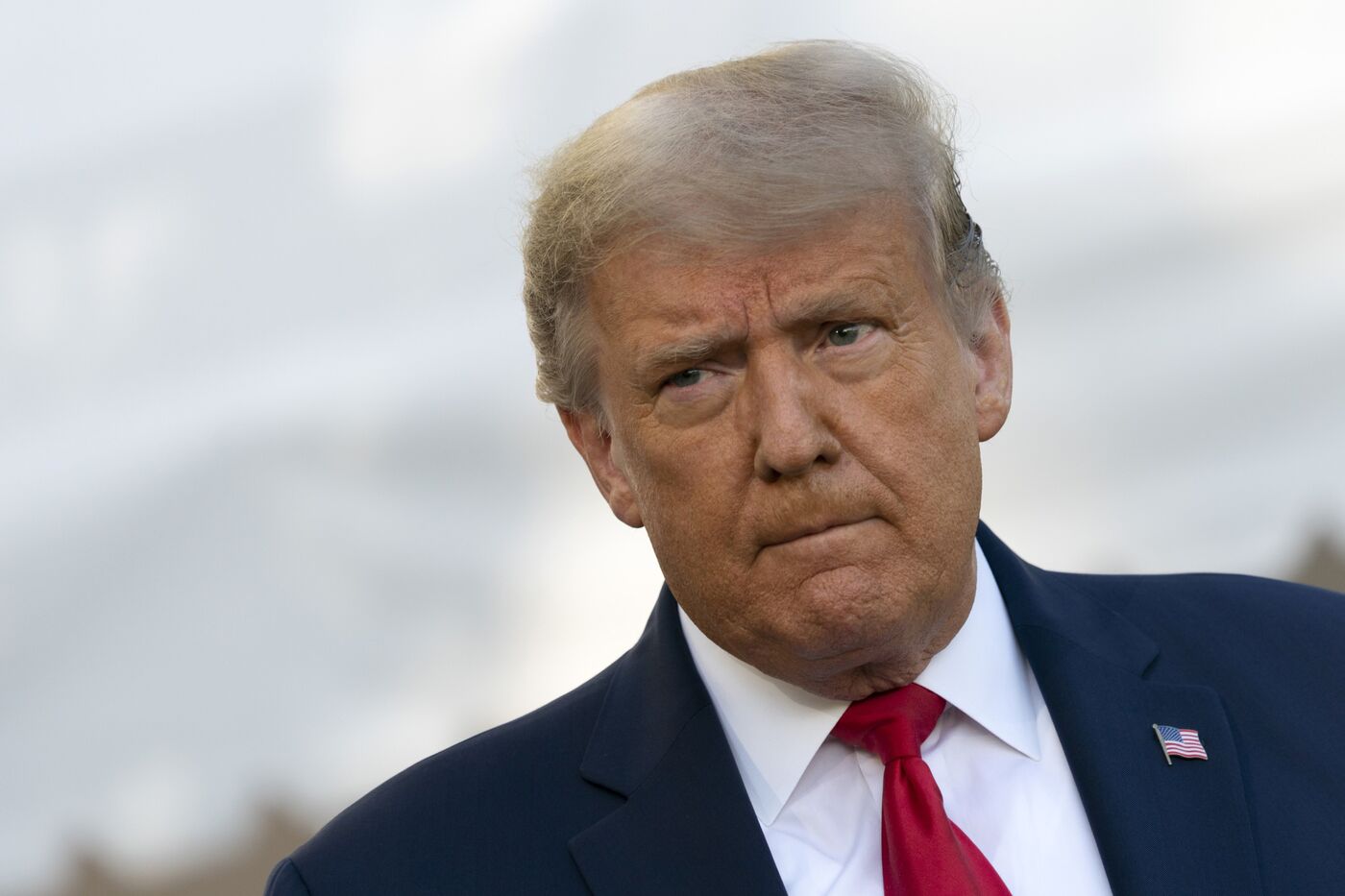 The CDC bowed to the Trump administration’s demands to change the editorial process of its weekly scientific journal after warnings from then health secretary Alex Azar to “get in line,” a House investigation found.

The pressure faced by the Centers for Disease Control and Prevention to change the Morbidity and Mortality Weekly Report‘s procedures was one of several instances of political interference by former President Donald Trump’s aides that the House Select Subcommittee on the Coronavirus Crisis identified in a report released Monday. The report was provided to Bloomberg Law ahead of the official release.

The latest subcommittee report details widespread attempts by Trump-era political appointees within the Department of Health and Human Services to interfere with the CDC, including tampering with the science and misuse of the agency’s quarantine authority in a way an agency division director described as “morally wrong.”

“This prioritization of politics, contempt for science, and refusal to follow the advice of public health experts harmed the nation’s ability to respond effectively to the coronavirus crisis and put Americans at risk,” Rep. James E. Clyburn (D-S.C.), chairman of the subcommittee, said in a statement.

“As we continue to recover from the coronavirus crisis, we must also continue to work to safeguard scientific integrity and restore the American people’s trust in our public health institutions,” he said.

Azar and other political appointees called for MMWR editorial process changes in May 2020 out of concern the findings put Donald Trump’s White House at a political disadvantage, the congressional panel said. The changes granted political appointees at HHS access to summaries of what was coming out in the MMWRs for the first time, which the committee said “ultimately precipitated HHS officials’ attempts to interfere with the MMWRs over the following months.”

“I always regarded the MMWR and other peer-reviewed scientific publications as sacrosanct,” Azar said in an email. “Indeed, I worked directly with Dr. Redfield to ensure that processes were in place to protect the integrity of the peer-review process for the MMWR when an internal CDC procedural defect was identified in early May 2020.”

The MMWR has long been considered the “voice of the CDC” and serves as the agency’s essential source for disseminating information quickly to inform public health and evidence-based decisions that drive policy. It was a report in the MMWR that in part prompted Anthony S. Fauci to pivot his career toward HIV research in 1981.

The allegations stem from former CDC Chief of Staff Kyle McGowan and Deputy Chief of Staff Amanda Campbell’s testimony to the House panel, in which they said Azar warned that “if the CDC would not get in line, then HHS would take control of approving the publication of the MMWRs.” McGowan and Campbell, who joined the agency during the Trump administration, left several months after those May 2020 allegations and started their own consulting firm.

“The committee’s report reflects a serious and fair look at what happened,” McGowan wrote in an email which included Campbell in the response.

Political appointees successfully changed or held up at least five MMWR reports and tried to interfere with at least 19 different reports out of concerns they would harm Trump politically, McGowan and Campbell said in the subcommittee report.

The report marks the culmination of a two-year investigation by the House panel and offers new details of allegations into how the Trump administration handled the Covid-19 response. The CDC historically has prided itself on making science-based, data-driven decisions to protect the public health, but the House panel concluded political interference caused lasting harm on CDC’s morale and credibility in the nation’s public health institutions.

Redfield told a Senate panel more than two years ago, “At no time has the scientific integrity of the MMWR been compromised, and I can say that under my watch it will not be compromised.” But Redfield told the House coronavirus committee that the Trump administration “compromised” CDC guidances on Covid-19. He said the process for developing coronavirus policy “got complicated” and gave him “PTSD,” or post-traumatic stress disorder. It also gave the White House budget outfit veto power, he said.

The House investigation also concluded the Trump administration blocked the CDC from holding its weekly press briefings for several months after Nancy Messonnier, who was then the CDC’s longtime immunization director, cautioned in February 2020 that a significant disruption could happen and the nation should prepare.

The former administration also installed political appointees who attempted to downplay the severity of the virus and misused its quarantine authority under Title 42 to close the southern border. CDC’s quarantine and global migration director, Martin Cetron, told the House panel that agency staff didn’t write the Title 42 order, allegedly saying, “It’s just morally wrong to use a public authority that has never, ever, ever been used this way. It’s to keep Hispanics out of the country.”

The Biden administration recently expanded Title 42 and coupled it with a humanitarian parole program under new rules aimed at stemming the flow of migrants from Venezuela.

The House report from the CDC marks the third in a series from the coronavirus subcommittee. A report released in August found similar attempts by the Trump administration to interfere with the Food and Drug Administration’s decision to withdraw authorization of a Covid-19 treatment because it didn’t work. The first report released in June examined a controversial herd immunity approach to managing Covid-19 that would have sidestepped mitigation measures.

To contact the reporter on this story: Jeannie Baumann in Washington at jbaumann@bloombergindustry.com

To contact the editor responsible for this story: Cheryl Saenz at csaenz@bloombergindustry.com