Trump is going to freak totally out.   He has shown that any debasing of his “manliness” or the size of his genitalia is a red line he attacks back against hard.  Look how he reacted when Rubio said his hands were small meaning something else was.

Underage people or people unable to deal with human biology / sexuality should skip right on down to the story below.   But if you are a young person like me who was already highly sexualized keep reading, but you will be disappointed.  I don’t get graphic but say enought to give some people the vapors.   Loves to all.   I feel body parts and sexuality are normal and shouldn’t be hidden or feared.   Hugs

Look facts are facts, and not all penises are the same length or thickness, and honestly I have had sex with men with very short penises that made me feel better than the men with very large ones did.  Okay I am adult enough to talk about this subject but if you are like a 12 year old boy who is embarrassed and giggly at the talk of dicks / cocks you may want to skip my thoughts and go straight the story.

My sergeant in the military that took me as his boy toy had the biggest longest thickest penis I have ever had in me.  He was a great man I will always have wonderful memories of, but he was not that great a lover.  He did not bring me the joy that guys with much smaller penises did.  His interest seemed more in his own pleasure, and it took a lot of time to get there for him than with other lovers I have had.   Now on the other side of that my boyfriend at the time really liked him and loved to have his penis inside of him, but my boyfriend had a thing for older men and he himself had a rather smaller penis.  I was not into older men which is why I had a cute boyfriend my own age.  But we made an interesting triangle, the first sergeant I had in the army took a real want for me a slim cute twink and followed me around the globe to have me, and then I fell in love with a fellow soldier who was my age who I felt had a cute face and was bigger and far more buff than I was, but then who once he met my first sergeant was really turned on by him.  So each of us was happy in a way having our ideal man in the other one’s sexual interest but not with the one we were with.    Sort of like a polyamorous relationship.   I am not saying we did not all love each other but what we all loved most was not what the person we loved the most but the one the other person was most turned on or loved.    Had we not all been in the military at a time of don’t tell we might all still be together today.

Back to the subject of penises, remember we were talking about the small penis my boyfriend had.   I enjoyed it and felt he did a great job with it, made me happy.  But he put the effort into making me happy also.    The saying that it is not the size of the boat but the motion of the motion of the ocean I find to be true.  Guys that know how to read the responses of their partners and please them are the best lovers.    Now I am a sample size of one on this study and other may have different results.   If so please share your thoughts.    Again we are adults. 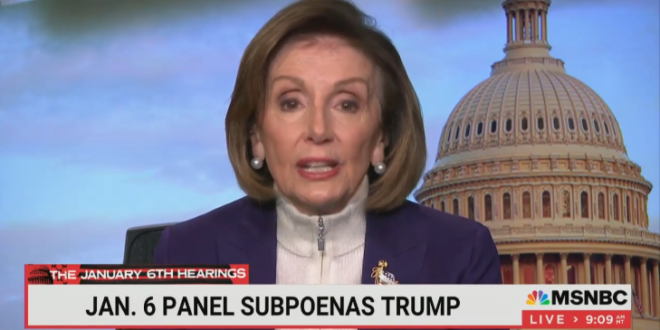 Pelosi: “I Don’t Think Trump Is Man Enough” To Testify

“We’ll see if he is man enough to show up. And the public should make their judgment. No one is above the law. If we believe that, then they should make a judgment about how he responds to that request.

“He isn’t honoring the oath we take to protect and defend the Constitution of the United States. That is a serious oath that we all take, and clearly, the rest of us had more respect for the office he held than he had.”  – Nancy Pelosi, today on MSNBC.

"[Pelosi] knows that his manhood being called into question has been something that is an Achilles heel for Donald Trump…And it bothers him" @TaraSetmayer on House Speaker Pelosi saying Trump's not "man enough" to testify in front of the Jan. 6 committee #SundayShow pic.twitter.com/TwhavzUjAz

“I Don’t Think Trump Is Man Enough” To Testify

What a savvy lady, Nancy Pelosi is. That was the perfect thing to say regarding the mobster who suffers from Narcissistic personality disorder. Attack his “manhood.”

As I suggested in a previous thread today, the fun, now, will be the rapist’s reaction to Pelosi’s remarks. Can you imagine the sexist language he’s achin’ to use on her?

Go for it, big boy! Show the country your stuff!

A smack to the balls

Stormy Daniels advised us that his nuts are a lot smaller than that.

Steverino Ross • an hour ago

Nancy really knows how to play the cons at their own game to troll and own them. Eric Swalwell and Pete Buttigieg are adept at this, as well.

LOL, and Cheetos head is exploding as I type this.

Good one, Nancy! Hit him where it hurts – in his miniscule “manhood.”

5 thoughts on “Pelosi: “I Don’t Think Trump Is Man Enough” To Testify”