Ever wonder why I get so upset over this political rhetoric?   This is why, me and my family, and every other gay person and their families are in jeopardy.    Hugs 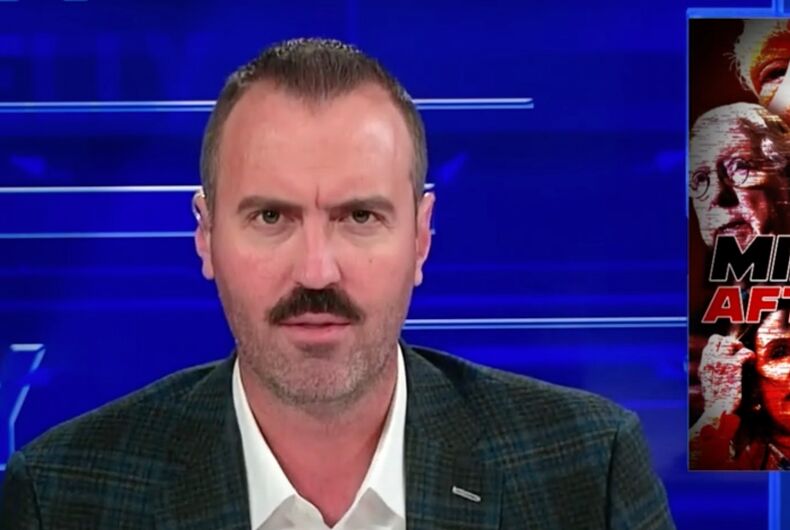 Conservative radio host Jesse Kelly called America “awful” because the US Men’s soccer team is standing up for LGBTQ people.

Kelly’s rant came on the heels of the news that the U.S. men’s soccer team is expressing support for LGBTQ people by displaying a rainbow logo at its training facility in the anti-LGBTQ Qatar, where the World Cup is taking place, despite protests from LGBTQ activists and allies.

Homosexual acts are punishable by imprisonment and death in Qatar, where Islam is the state religion. Anti-LGBTQ harassment by officials also goes unchecked in the country.

On an episode of The Jesse Kelly Show, Kelly said he “will be actively rooting against Team USA” and will “pick another country that doesn’t embrace this degeneracy.”

Kelly’s tone was somber and morose, as if inclusion had broken his spirit, whereas bigotry had made him strong.

“I will cheer against America because that’s not who I am,” he declared, clearly feeling like a hero marching into battle.

“How much better am I supposed to try to make people feel when that’s the situation in America? What do you want me to say? I do not serve a nation of degeneracy. And I will not.”

He then discussed another veteran friend of his named Darrell Cooper, who he said called America “the center of most of the evil and degeneracy on the planet.”

Qatar is the first Middle Eastern country to host a World Cup event. The event, which kicks off on November 20, is expected to draw 1.2 million international visitors. Since Qatar was announced as a future World Cup host over a decade ago, activists have criticized FIFA, the international body governing professional soccer, for choosing an anti-LGBTQ country to host the event even though FIFA’s principles oppose such discrimination.

The country’s officials and World Cup CEO Nasser Al Khater have both said the country would guarantee the safety of LGBTQ visitors as well as fans who display rainbow flags at games. However, the government also said that police might confiscate rainbow flags from fans to prevent them from being attacked by angry locals who oppose LGBTQ rights.

The U.S. men’s team will reportedly not sport the rainbow colors while playing in the World Cup, but the logo will continue to adorn areas represented by the team.

“Our rainbow badge has an important and consistent role in the identity of U.S. Soccer,” U.S. Soccer spokesman Neil Buethe told Reuters.

“As part of our approach for any match or event, we include rainbow branding to support and embrace the LGBTQ community, as well as to promote a spirit of inclusiveness and welcoming to all fans across the globe.”

“As a result, locations that we will manage and operate at the FIFA World Cup, such as the team hotel, media areas and parties, will feature both traditional and rainbow U.S. Soccer branding.”