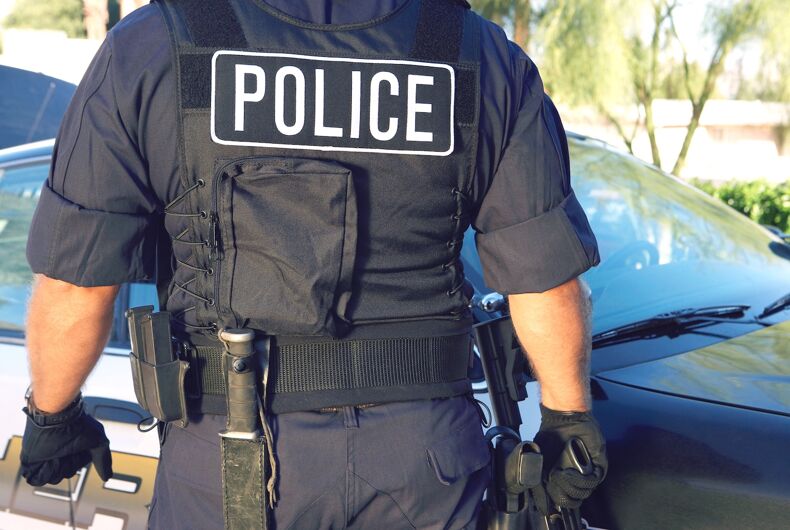 Matthew Brummett and Charles Prichard were charged with third-degree assault based on witness accounts and a video of them arresting 30-year-old Breona Hill outside of a beauty supply store on May 24, 2019.

In the video, they reportedly kneed her in the ribs, face, and torso; slammed her face into the sidewalk; and forcefully shoved her arms over her head while she was handcuffed. A witness also reported seeing an officer punch her with a closed fist.

The video also shows Prichard telling Hill, “We tried to be easy” and “You made it this way,” while she cries for help.

After they pleaded guilty, a judge suspended Prichard and Brummett’s prison sentences. Instead of jail time, they lost their law enforcement licenses and received three years of unsupervised probation. The pair had already left their department in December, after having been placed on administrative leave once charges were filed.

“I think it was fair and that it was the best we could hope for under these circumstances,” Jackson County Prosecutor Jean Peters Baker told FOX4. “That’s how I feel about it. You can only get what you can get from the law and the statutes that are available to you.”

“I’m really hoping this can be a teachable moment. I think the culture of KCPD needs to be explored, and how do guys get away with this out in the streets.”

The incident has furthered activists’ calls for police reform.

“But today is beginning to smell like justice,” said a spokesperson for Hill’s family, Rena Childs, according to the AP. “These two officers will never be able to be police officers again.”

Interim Police Chief Joesph Mabin also released a statement declaring, “I expect our officers to treat all those they come into contact with on a daily basis with dignity and respect. The officers’ actions that day did not meet those expectations. They were unacceptable, will not be condoned, and will not be tolerated. I want to strongly reiterate if any member of the community has a concern regarding our members’ conduct, please contact the Office of Community Complaints.”

Hill’s assault led to an amendment to the city code to make sure those witnessing arrests are not banned from filming the officers. After filming Hill’s assault, Roderick Reed was convicted of a municipal violation because he would not move his car after he stopped filming. Kansas City Mayor Quinton Lucas pardoned him.

Hill was shot and killed in her home on October 14, 2019 in a separate incident determined to be self-defense by the shooter.

After being pardoned in 2020, Reed spoke to FOX 4 about having stayed in touch with Hill until her death and said the assault “broke her spirit.”