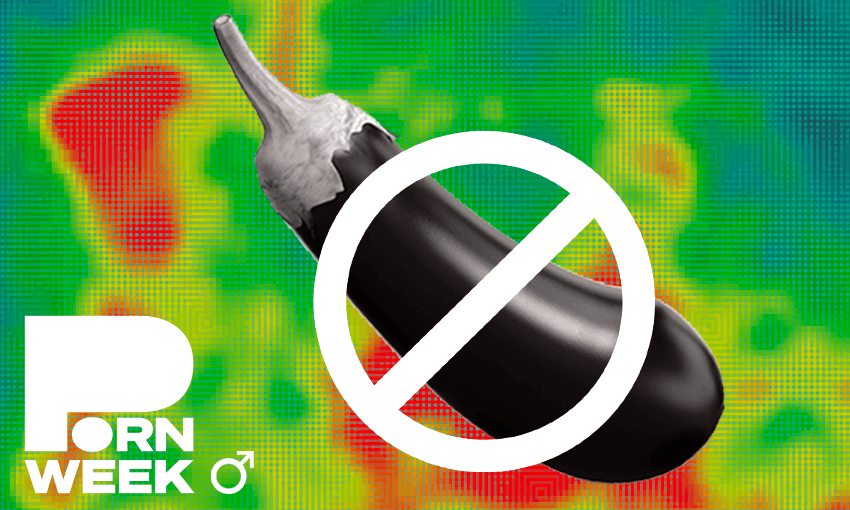 But similarly ominous stories about the consequences of viewing pornography profligate like crusty socks on a bedroom floor: addiction, impotence, sex-crazed teenagers running amok. According to the University of Auckland’s Dr Kris Taylor, though, a lot of the fear is predicated on the same flimsy hypotheses and hysteria that had Mr Kellogg warning of gluttony’s effect on chastity. The evidence, he says, just isn’t there.

“It’s hard to get people to give an honest response when you’re talking about where they get their sexual ideas from,” he says. “But pornography has become a bit of a scapegoat for the larger problem of masculine entitlement, sexism and misogyny.”

“For me, the question of whether pornography is causing [that behaviour] is redundant because the real issue are the underlying questions as to why people don’t seek consent, why they might be more attracted to violence,” says Taylor. “Those are the more sticky questions as opposed to a ‘monkey-see, monkey-do’ hypothesis which is too simple for my liking.”

Taylor began researching the community in 2016 and says that while members of the community often see the benefits of self-discipline flowing into other areas of their life, the emphasis on pseudoscience and flawed perceptions of human sexuality sets some up for failure. “Instead of saying that they want to abstain because they think that pornography is sexist, one of the main thing that comes through is that they tend to abstain for reasons that tend to do with gaining what they describe as ‘superpowers’.”

“A lot of it is to do with this fear of real achievement in men coming down to being able to attract partners to have sex with, which is generally the main goal,” says Taylor. “That overlaps quite problematically with incel and other communities online, where the idea is that your life will become better if you have sex with a woman.”

While NoFap is ostensibly secular, the idea of semen retention does have a proud monastic history. Everyone from Buddhists to Gnostics have a tradition of self-denial as a method of self-mastery. But Taylor says that modern solutions like NoFap are a response to a lack of education around pornography and sexuality rather than any sort of ascetic pursuit. “Abstinence itself is a very masculine way to deal with your issues, it’s very cut and dried, as opposed to being a little more introspective and reflective. It puts a massive amount of importance on penises and semen as key factors in how human relations are supposed to operate.”

The real problem, he says, is much deeper. “We have a very poor understanding generally as a society around things like consent and a reliance on ‘just say no’ language, which doesn’t work.”

Episode two: Think of the children.