A giant WTF!   Seriously what the religious right thinks is going on in schools is so Qanon over the top it is hard to take them seriously, except they are managing to use their fantasies to wipe the LGBTQI+ out of the schools and society.   Kids / students need sexual education that not only covers the body parts, but also healthy ways to take care of those parts, ways to avoid pregnancy and STDs which includes proper use of condoms, and also the social aspects of sexuality such as how to date, porn is unrealistic, consent, and more.  Yes that includes what happens when aroused to the sexual areas.   It also includes teaching the concept of no shaming for those who have different kinks.    That doesn’t mean giving full on demonstrations.    What the hell do these school board members think is happening, the kids getting a porn hub four day pass?  Dogs that love gravy these religious right are so repressed it is scary.   Any kid with a phone and an interest in these kinks already understand how it works, they just need to know how to be safe, what is dangerous, and to understand boundaries.   The teachers seem to think it is just a way to outrage the public to erase any mention or acceptance of gays, trans, and the rest of the LGBTQI+.   Hugs 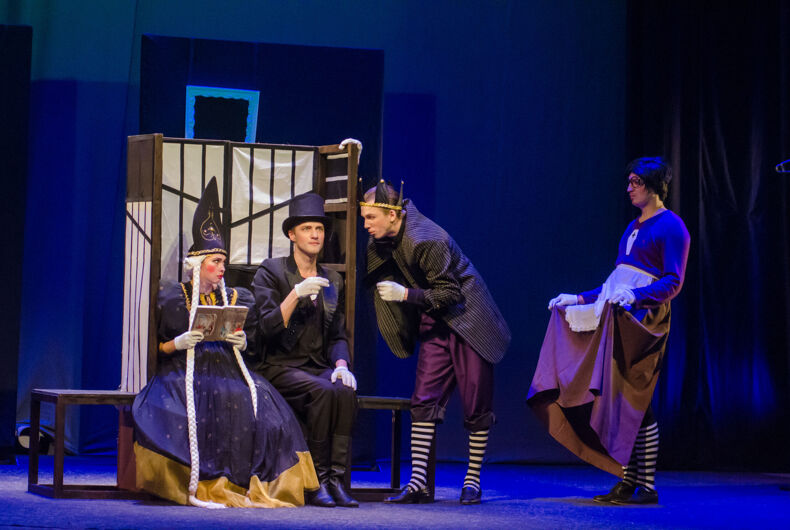 A Virginia school board has been at the center of the nationwide controversy over including LGBTQ students in the curriculum. Now, the debate – and the school board’s response – has become theater of the absurd.

After Gov. Glenn Youngkin (R) rode the frenzy to ban books, fire teachers, and muzzle students all the way to the top and muscled through new laws, the board has come up with a policy that covers “sexually explicit content.”

While religious right activists and politicians have made outrageous claims about students identifying as cats and using litter boxes, the school board took it a step further – in the dog direction. They expressly forbade educators from teaching students how to eat poop.

The new policy also forbids teaching about sadomasochism, bestiality, or pee play. Because while educators are worried about ensuring educational access for LGBTQ students, that’s what the religious right thinks they are being taught in schools.

So no learning about latex or leather either.

Loudoun will publish “a current list of instructional materials with sexually explicit content intended to be used in classroom instruction, by grade and subject on the LCPS public website.”

One would think that would be an incredibly short list, but the policy “is a guise of using parental notification to erase LGBTQ students,” middle school teacher Andrea Weiskopf told the Washington Post. “This is allowing individual parents to individualize a curriculum for their own worldview.”

Over the summer, a Loudon County school board meeting devolved into chaos after transphobic, religious right protestors screamed at board members in protest of the districts’ proposed pro-trans policies. One man was arrested and another cited for trespassing after the meeting was declared an unlawful gathering.

Death threats against teachers and school board members over fears of pro-trans policies and “critical race theory” in schools compelled U.S. Attorney General Merrick Garland to ask the FBI and U.S. attorney’s offices to meet with federal and local law enforcement to “discuss strategies for addressing…the rise in criminal conduct directed toward school personnel.”

In response, Youngkin, then running for Virginia governor, claimed that “the FBI is trying to silence parents” and centered his campaign around parents who wish to shut down progressive policies in public schools.

Members of the board received death threats from conservatives before the recent election.

“It is too bad that your Mama is an ugly communist whore,” read one letter addressed to the child of school board member Brenda Sheridan. “If she doesn’t quit or resign before the end of the year, we will kill her, but first, we will kill you!”

The letter came after rightwing media reported a story where they claimed that a girl was sexually assaulted by a boy in a Loudoun County school restroom. They claimed that it was a result of the district’s policy on transgender students, even though the policy hadn’t even been passed at the time of the sexual assault and the assailant was a cisgender boy.