Because of 7 books out of 5,800 the bigots forced the library to close.   As one person said nothing would be good enough until all LGBTQI+ was erased from the library and by association the community.   And it is religiously driven with one woman demanding “For each book promoting the LGBTQ lifestyle, there should be a book on display that discusses how God created and designed people as either male or female from birth, for life.”

These people won’t tolerate other views and will not accept that their religion doesn’t run the country.   They won’t accept that other people have as much say in public life as they do.   They want a society based on what they think the 1950s or maybe even the 1850s were like.   They are demanding that all of society stop advancing since 2,500 years ago when their holy book was written.     I remind everyone that first they are coming for my people, next who will they come for?  Maybe you and how you live that they disagree with?   Hugs 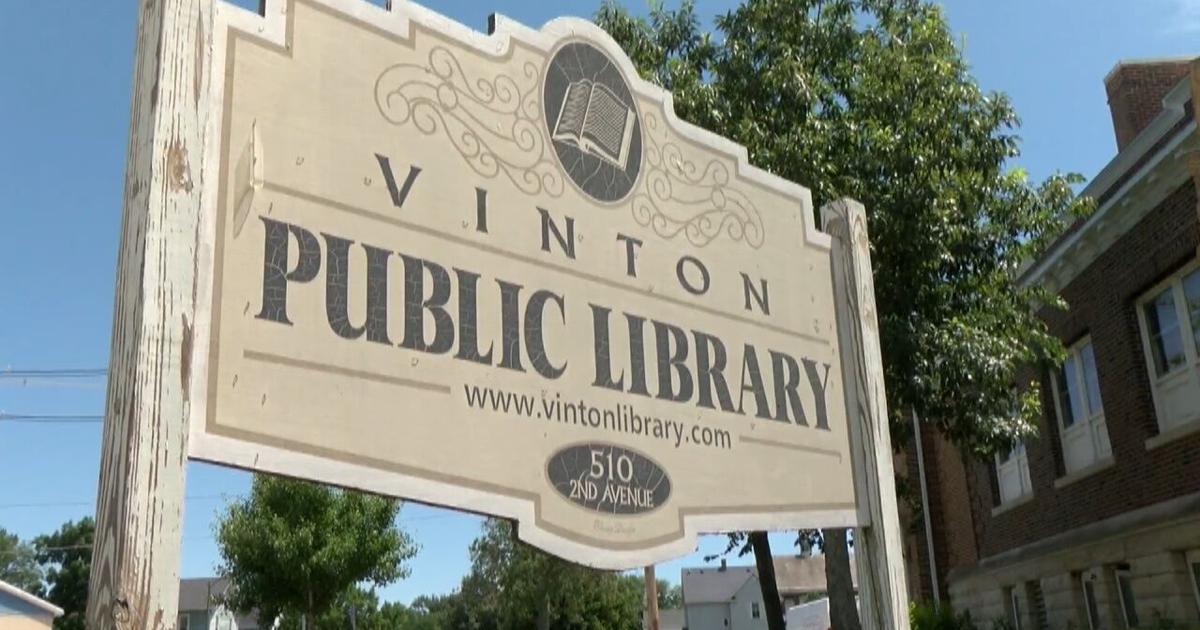 Several intolerant Iowa citizens have come together to sabotage their own community by bullying the single library in the town into closing.

The Vinton Public Library has faced opposition from certain community members for not supporting their narrow worldviews for years, and a Pride book display this year seemed to be a bridge too far for those folks.

One resident, Brooke Kruckernberg, openly accused the library of having a “liberal agenda” at a city meeting in March, citing “the staff hiring decisions and the books that have crept in our children’s section of the library” as unacceptable points of contention.

”I don’t believe the library is representing our town well with hiring a majority of staff who are openly a part of the LGBTQ community,” she stated.

The recent resignation of openly gay interim director Colton Neely, the latest in a string of departures from the library, was the final straw causing the library to close due to lack of personnel.

Among the previous employees the community has also lost to intolerance is former director Renee Greenlee, a nationally recognized and beloved librarian.

Greenlee received the I Love my Librarian award from the American Library Association — an honor only extended to ten people across the country annually.

Following her resignation in May, several local citizens spoke out at a city council meeting, chastising the community for chasing off such an accomplished and lovable figure.

“She’s a gem and shame on us for losing this,” stated Vinton council member Tami Stark

Related: Man ordered to take down rainbow lights by HOA won’t be dulling his shine any time soon

At the meeting in March, Kruckernberg’s mother also spoke up, stating, “For each book promoting the LGBTQ lifestyle, there should be a book on display that discusses how God created and designed people as either male or female from birth, for life.”

Greenlee later explained that, in reality, only 7 of the 5,800 children’s section materials involved queerness whatsoever. On the other hand, Christianity and Christian themes were featured in 173 Children’s books.

Sadly, the reality and bare numbers of the situation weren’t enough to assuage the queerphobic community members’ protestations. Clearly, they wouldn’t be happy until queerness was erased from the library shelves — and staff — entirely.

The library has recently been announced to reopen the coming Monday under entirely new leadership, but the fate of LGBTQ+ materials on the shelves under this new direction is yet to be determined.

At a recent city meeting, librarian Molly Rach warned Vinton residents of the direction the city’s climate has taken.

“This community has now run out two highly qualified, highly credentialed library directors in less than two years,” she stated. “This library is indeed going to suffer, but not because of diverse books or staff members who identify as LGBTQIA+, but because you are going to have a hard time finding anyone who’s willing to put up with being targeted by community members for simply doing their job.”

One thought on “Iowa homophobes force the only library in their city to close, because how dare people learn things”