The republicans know their base is violent fanatics.  Yet they and right wing media keep driving a nonsense misinformation to rile up the base to whip them into rage so they will act out violently.   It is the goal.   They have gone back to the 1950s to 1970s rhetoric of all gays are predators and that gays must molest to recruit new gays even though that is not how it works and never was.  At the same time today on this same site was reports of two church leaders who sexually abused children.  Where are these right wing protect the children thugs over this.   Every day two or three reports of child sexual abuse from religious leaders and none from drag shows or drag queens reading stories.   Yet no protests, no violent marches, no gun carrying thugs chanting and screaming leave the kids alone through bullhorns.   See that is because this has nothing to do with actually protect kids, it is about hating a vulnerable segment of society and trying to remove them from public society.    Hugs 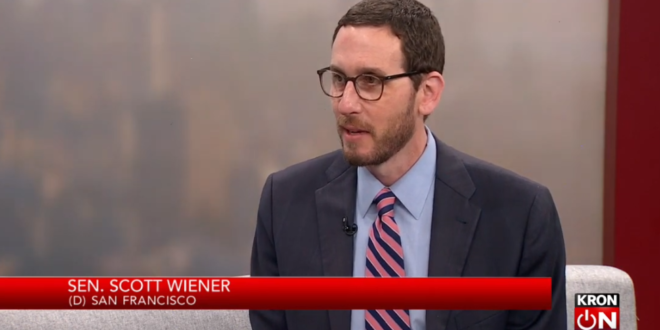 Just in via press release:

“Early this morning, I was informed by the San Francisco Standard and the police that someone had issued a bomb threat against me, listing my specific home address and also threatening to shoot up my Capitol office. The email said ‘we will fucking kill you’ and called me a pedophile and groomer.

“This latest wave of death threats against me relates to my work to end discrimination against LGBTQ people in the criminal justice system and my work to ensure the safety of transgender children and their families. Rep. Marjorie Taylor Greene and MAGA activist Charlie Kirk recently tweeted homophobic lies about me, falsely accusing me of supporting pedophiles and child ‘mutilation.’

“The extreme homophobic and transphobic rhetoric that has escalated on social media and right wing media outlets has real world impacts. It leads to harassment, stalking, threats, and violence against our community. People are dying as a result. Responsible political leaders on the right must call it out and stop tolerating it.

“I will always fight for the LGBTQ community — and for the community as a whole — and will never let these threats stop that work.”

Sent by a person using the name Zamina Tataro, the email said that they placed bombs at Wiener’s San Francisco home and threatened to shoot up his Sacramento office “in 20 minutes, I am willing to die.”

The subject line read “Scott Wiener will die today,” and the author called him a pedophile and accused him of grooming children. SFPD searched Wiener’s home but did not locate any explosive devices.

According to the linked outlet, a person using the same name has made other LGBTQ-related bomb threats.

When are the lawsuits going to start? Its outrageous that Congresspersons can slander, seemingly without consequence.

Agree. Search warrant, toss her office, take all electronic devices. Keep doing it Garland until they decide it isn’t fun to incite violence

We need consequences. Take their phones, these are real crimes needing investigation

Why isn’t Kirk a source of evidence? Get a warrant. Show them the f ing consequences.

Given what happened to Paul Pelosi, Wiener is absolutely right to publicize this
threat and install precautions…. The people who stir this shit up belong behind bars.

It’s past time to form a federal FBI domestic terrorism task force to go after these assholes.

It’s beyond time that the MTG and such are charged with attempted terrorism or some thing. The stochastic types are just waiting to get the green light that those leaders happily put out.

This is really frightening. Democratic leaders need to speak out against these MAGA loons much more forcefully. It’s absolutely abhorrent that homosexuality and pedophilia are being linked once again.

Thank you. They need to speak out for us like they do others that are in their base. Ye makes statements about Jewish people and everyone speaks up. Gay people are facing these proud boy terrorist everyday and being assaulted etc and you dont hear much from leadership about that.

Host of Twinkies • 2 hours ago

If these people are serious about finding groomers, they need to investigate churches. Stand your ground, everyone!