This man who authored the bill felt his religion and his opinion was more valid than all the science and medical data that shows he is wrong.   He claims that identifying as a different gender than assigned at birth is a temporary problem, giving the idea it is a phase people go through like adolescence or acme.   That was what people tried to claim about gay people in the past, that it was a phase young adults would grow out of, or it was done as rebellion against parents.    That was wrong then and it is wrong about trans people now.   These right wing people are just recycling all the old tropes against gay people to use against trans people.  The goal is to destroy all the social advances in the US society and return to a past that was regressive and oppressive before equality and civil rights for minorities.   Please understand that for trans people to wait that late in life until 26 means not only living as the wrong gender all that time but also the human body has by then been set into the mold of the wrong gender for the person.    During puberty so many changes happen to create a male or female body that simply by looks is a lifetime sentence of being in the wrong body.  If you are one gender imagine looking like the other all your life because someone said you couldn’t have the medical treatment needed to help you live as you really are.    Hugs 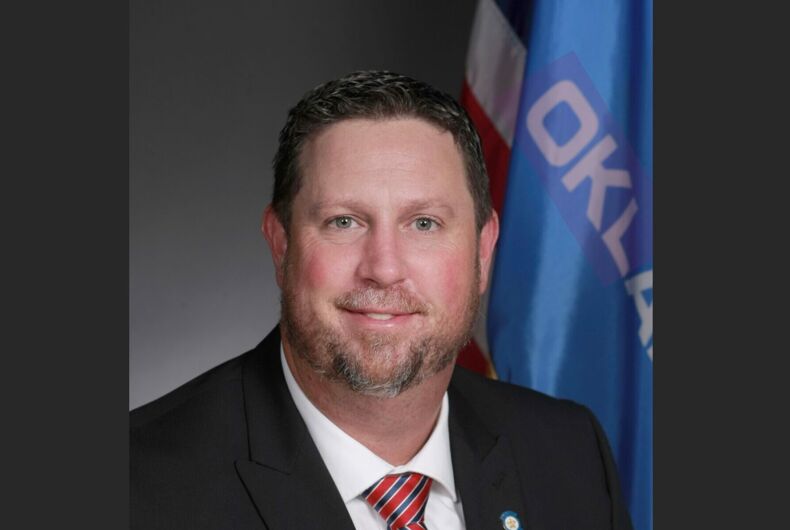 In Oklahoma, a new bill called the “Millstone Act of 2023” has been proposed that would ban gender-affirming care in all forms for anyone under 26 years old. The bill targets healthcare providers and says anyone who violates the rule could face felony charges and have their medical license revoked.

The bill’s name reportedly refers to a passage in the Bible that says it is better to tie a large stone to your neck and drown than to cause harm to a child. It was introduced by state Sen. David Bullard (R), who was also behind a state law that passed last year banning trans youth from using school bathrooms and locker rooms that align with their gender identity.

In a statement to The Oklahoman, Bullard said gender-affirming surgery is “a permanent solution to a temporary problem” and called it a violation of doctors’ Hippocratic Oath to do no harm.

He also explained why he wanted to restrict gender-affirming care to such a late age.

“At the age of 18, you can vote, but a vote is not a permanent change in your body that cannot be reversed. At the age of 21 you can drink, but at the end of the day if you decide to put the alcohol down, you can put the alcohol down. But with this surgery, there is no going back. We just want to make sure that the brain is fully developed before we allow this kind of surgery, permanent thing to happen.”

He also said he did not speak to a single transgender person before writing the bill.

Oklahoma has passed a slew of anti-trans legislation as of late.

In October, Gov. Kevin Stitt (R) signed into law a bill that bans the Children’s Hospital at Oklahoma University Hospital from using funds from the American Rescue Plan Act for gender-affirming care for minors. And in addition to signing Bullard’s bathroom bill, he also signed laws banning transgender students from participating in school sports and banning non-binary birth certificates in the state.

“We have been saying a slow moving genocide targeted at eliminating transgender people through eliminating gender affirming care is happening,” wrote activist Erin Reed in December. “It continues.”