Religious views should not and must not take priority over human rights or medical care.   This must be stopped in the US as more states face the fact that all the hospitals are owned by the Catholic church and the church requires them to let people die rather than provide accepted needed medical care that goes against religious dogma.    Hugs

A Catholic hospital discriminated against a transgender patient by refusing to provide him a hysterectomy, a federal judge ruled.

Jesse Hammons, a transgender man, sued the University of Maryland St. Joseph Medical Center, after he was denied the surgery, a gender-affirming procedure performed on many transgender men, in 2019, alleging that the hospital discriminated against him because of his gender identity.

St. Joseph Medical Center, a religious entity purchased by the University of Maryland Medical Center in 2012, argued that its doctors would not perform the surgery because doing so contradicts their religious beliefs.

The Friday ruling came as the LGBTQ community continues advocating for stronger legal protections against discrimination. Conservatives, on the other hand, have argued that strengthened anti-discrimination protections would violate their freedom of speech. 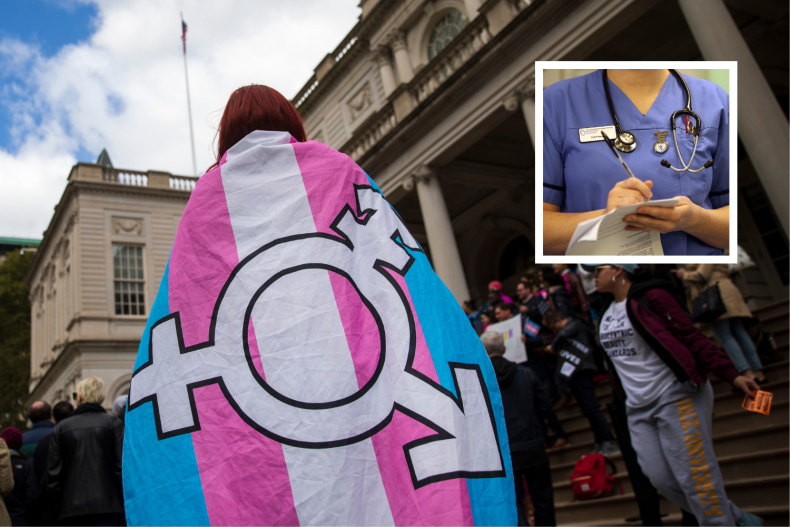 U.S. District Court Judge Deborah K. Chasanow ruled that the refusal by the hospital—which is part of the University of Maryland Medical System (UMMS)—to perform the hysterectomy violated Maryland’s anti-discrimination laws and that UMMS is bound by Maryland law to “operate the medical system without discrimination based upon race, creed, sex, or national origin.”

Chasanow ruled that the hospital, which receives Medicare and Medicaid funding, violated Section 1557 of the Affordable Care Act, which prohibits providers who receive public funding from discriminating “on the basis of race, color, national origin, age, disability, or sex,” including gender identity.

In 2019, Hammons was set to receive the surgery as part of his gender-affirming plan, but the hospital canceled it only one week prior, citing religious reasons, according to the American Civil Liberties Union (ACLU).

Hammons, in a statement released by the ACLU, which represented him in court, described the ruling as a “great win for myself and all transgender people denied equal treatment because of who they are.”

“All I wanted was for UMMS to treat my health care like anyone else’s, and I’m glad the court recognized how unfair it was to turn me away,” Hammons said. “I’m hopeful UMMS can change this harmful policy and help more transgender people access the care they need.”

In a statement forwarded to Newsweek on Monday, a UMMS spokesperson wrote that the medical system disputes “many of the conclusions that were reached in this decision and may be in a position to comment further after additional analysis of the ruling.”

“Legal disagreements aside, we sincerely wish the very best for Mr. Hammons and we support his efforts to seek the highest quality healthcare,” the statement reads. “We may disagree on certain technical, legal points but compassion for the patients we serve remains foundational to our work.”