I cannot get over the fact that there are people today in 2023 that think just the mention of LGBTQ+ or any depiction of LGBTQ+ characters in books or movies is obscene.   And by this womans definition of “Child Pornography” any depiction of sex in any media even if it only depicts adults is classified as child porn.   Why are right wingers so afraid of sex between consenting adults and why won’t they accept the science that says kids are born / know their sexual orientation or gender identity.  Young people don’t read a book about LGBTQ+ people or watch a movie with an LGBTQ+ character suddenly becoming gay or trans.  If that was the case every kid who watched cartoons would be trans and gay just from watching Bugs Bunny, who while being associated with the male gender often dressed as a woman and kissed a lot of guys.   This is like people who believe in a flat earth or in young earth creationism, it defies all the science and advancement in medical science.    Hugs 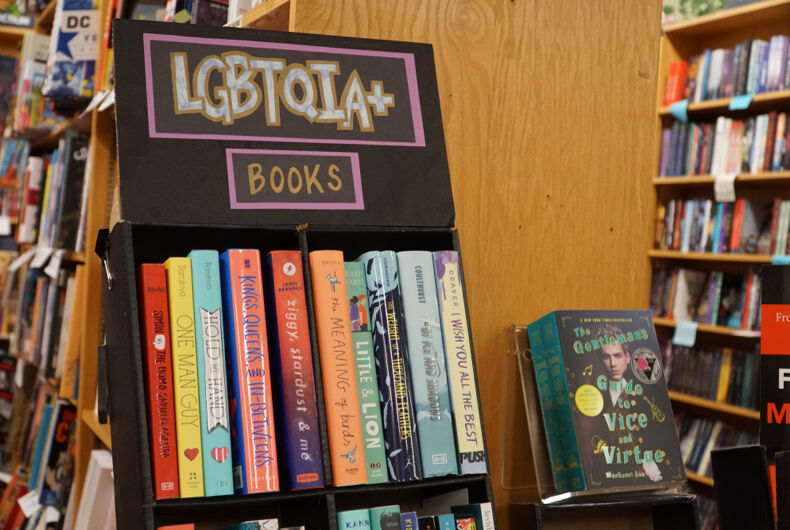 A freshman lawmaker from Wyoming has already begun efforts to remove LGBTQ+ books for youth from both school and public libraries in the state.

Republican Rep.-elect Jeanette Ward has introduced House Bill 87, which expands the definition of “child pornography” to mean “any visual depiction, including any photograph, film, video, picture, cartoon, drawing, computer or computer generated image or picture, whether or not made or produced by electronic, mechanical or other means, or any other form of depiction of explicit sexual conduct.”

The bill also repeals a law that gives exemptions for those who “possess or disseminate obscene material” for activities related to schools, universities, colleges, museums, and public libraries.

Based on this definition, many books that provide sexual health information to youth would be banned, along with several books that help LGBTQ+ youth learn about their identities.

“Not requiring tax payers to pay for obscenity is reasonable and just,” Ward told the Casper Star Tribune. “These books will continue to be available in the marketplace, but not paid for by taxpayer dollars. Reasonable people everywhere recognize these books as obscene and reasonable people do not want their money used to subsidize obscenity.”

According to the Tribune, Ward, herself, has passionately advocated for the removal of two LGBTQ+ books from a high school library in her district – speaking at multiple school board meetings against the acclaimed graphic memoir Gender Queer by Maia Kobabe and a trans resource guide called Trans Bodies, Trans Selves.

Ward also helped members of the anti-LGBTQ+ group Moms for Liberty get elected to the Natrona County school board. Moms for Liberty members have been running for school board positions across the country as part of the right-wing effort to shift schools toward a more conservative ideology.

On boards where Moms for Liberty is in control, curricula is likely to exclude LGBTQ+-inclusive and anti-racist education.

In Florida, anti-LGBTQ+ Republican Gov. Ron DeSantis, himself, helped Moms for Liberty members get elected to local school boards. The newly seated members repaid DeSantis by ousting school officials who dared defy his orders against school mask mandates during the height of the COVID-19 pandemic.

Ward’s bill in Wyoming currently has 13 Republic cosponsors. If it passes, it will go into effect on July 1st.