PSA: If we make health care a right, employers who currently tie health care to employment could then use that spending to raise wages for their workers.

How exactly is that radical?

Nearly four million kids have been pushed into poverty since Manchin, Sinema, and the GOP let the expanded Child Tax Credit expire in December 2021.

The Child Tax Credit was the most potent anti-poverty program since Medicaid. If Democrats can’t make the case for its continuation, the party is not worthy of the name. .@RBReich is exactly right: The last thing we need is for the Fed to raise interest rates, slow the economy and put the burden of inflation on regular people struggling to get by.

Inflation isn't the problem; it's too much corporate power.pic.twitter.com/2efpZqVyrA 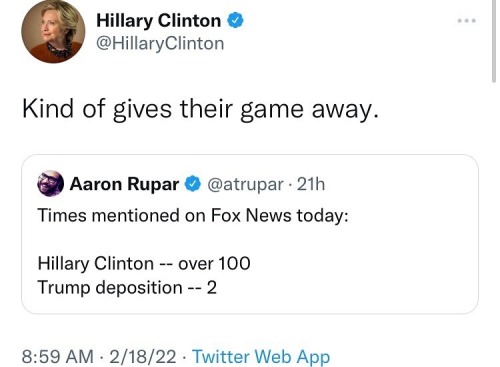 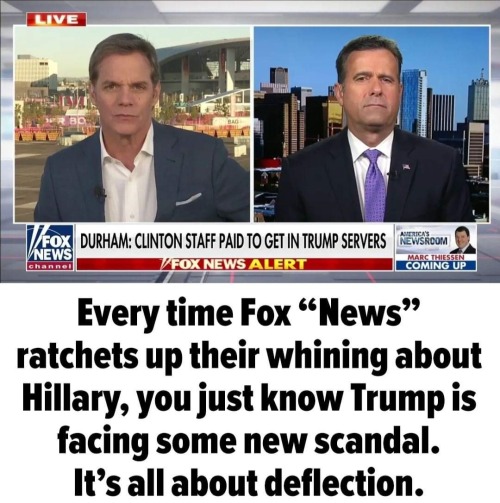 Trump can be sued for Jan. 6th, judge rules.

"To deny a President immunity from civil damages is no small step. The court well understands the gravity of its decision. But the alleged facts of this case are without precedent…" https://t.co/AZDAMScwKS 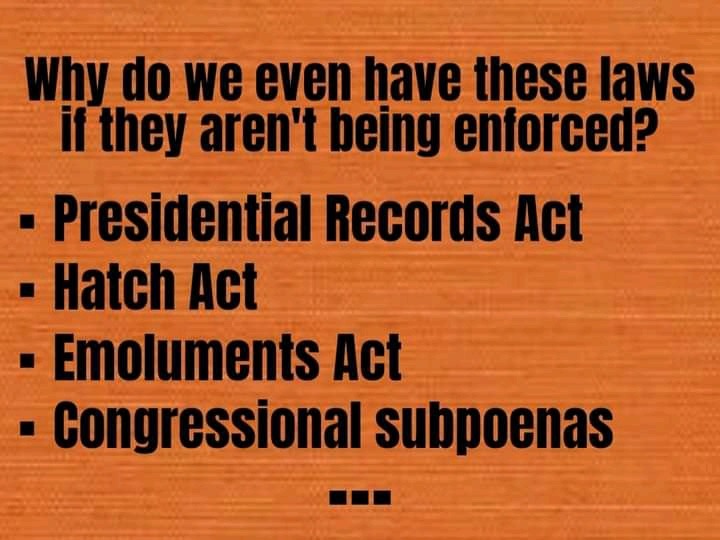 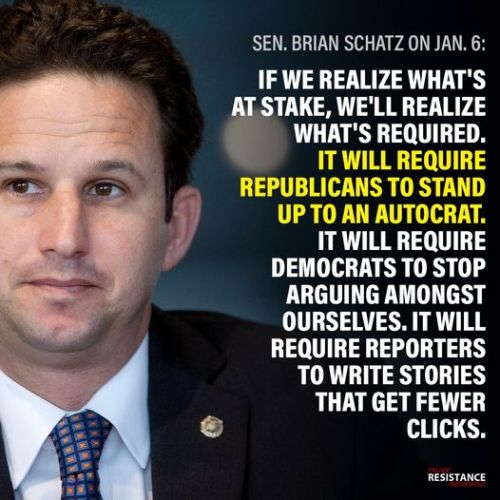 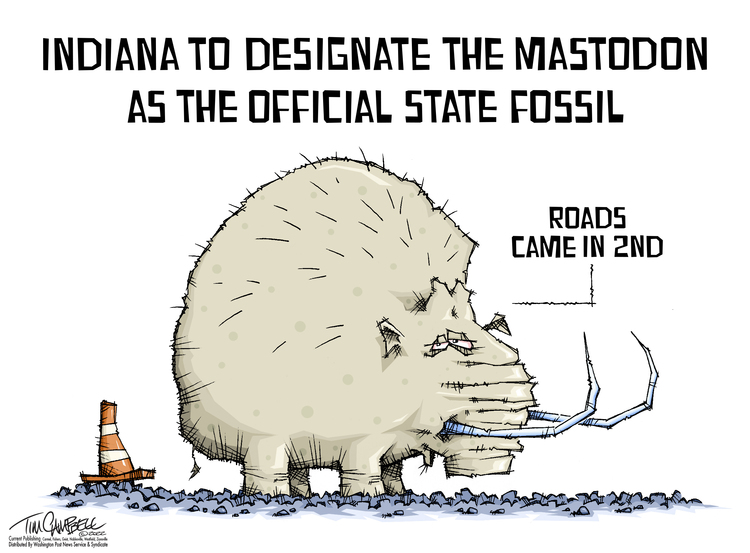 This is the same system that sentenced Crystal Mason, a Black mother of three, to five years for voting when she didn't realize a past felony conviction made her ineligible.

Here's how America created its shameful racial wealth gap — and what we can do to fix it. pic.twitter.com/edloWg73zw

Hey so maybe you’re not super excited about voting in the primaries this year.

Suck it up and do it anyway, unless you really *want* to go back to the 1950s https://t.co/WKNFHYgUzx 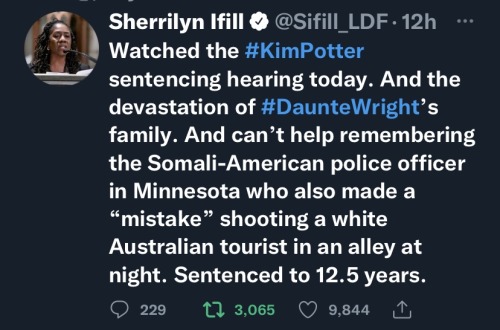 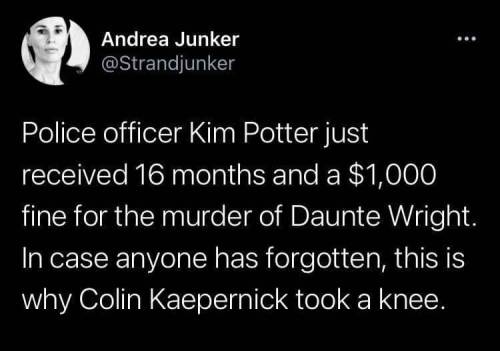 Stories with no context are propaganda. White supremacy runs on propaganda. 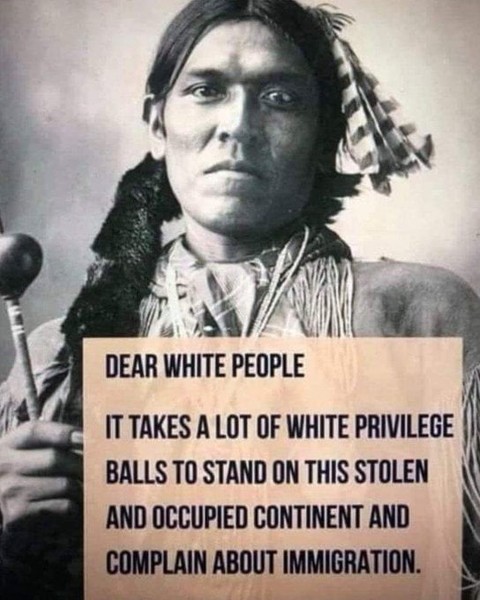 The misinformation right wing media tries to keep their base riled up with anger and outrage to keep them engaged. They know if the base is angry they will be more active in the cause. But anger clouds judgement and the right wing media misleads to get the desired actions from the base. The result is cognitive dissidence on a massive scale. The base has to deny reality and create conspiracy fantasies to make the ideas work. Normal things are taken as if nefarious plots. A guy they call sleep Joe and claim has lost his mental abilities is also a mastermind taking away their nebulous freedom thing. The right uses the same arguments in support of their conspiracies that they refute on things they do not want others to have the freedom to do. Such as abortion. Against vaccines then it is their body their choice, but if it is a woman wanting an abortion it is her body but someone else’s choice mandated by law. 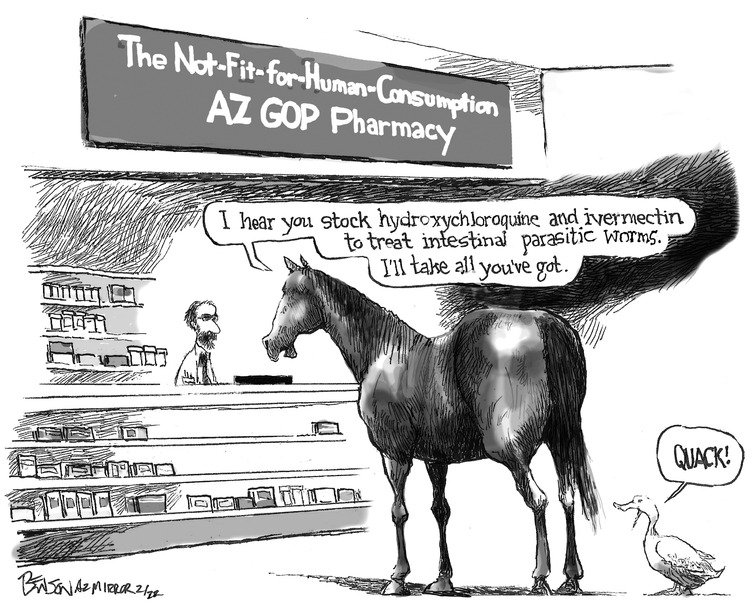 Conservative gospel: think only of yourself while thinking the worst in others. Convert your shame into anger. Never atone. 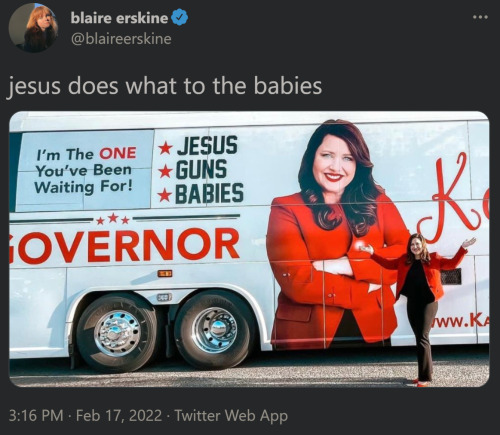 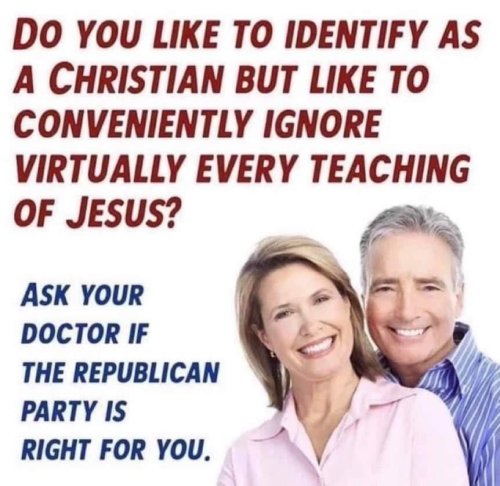 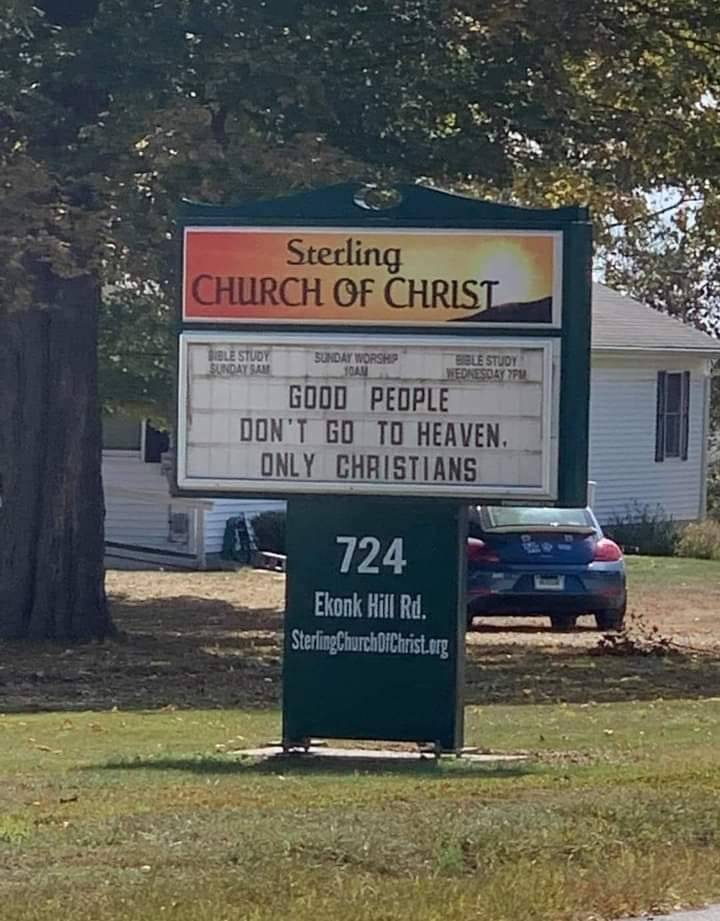 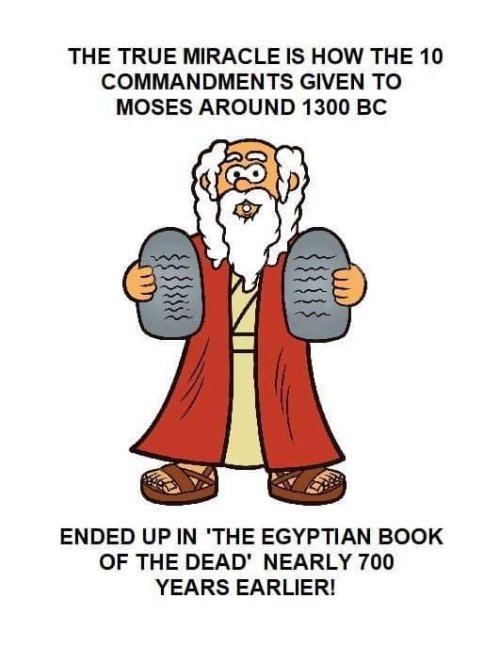 Gun manufactures love the cries that crime is worse, that life is super dangerous, that someone anyone doesn’t matter who is coming to take your guns. It drives sales. Fear is what they use as advertisements. I have to wonder at people willing to lose their job to avoid getting a vaccine while fighting to keep kids from life saving masks, but wont allow any restrictions on guns to save the lives of school children. I just looked up the numbers.

… surveys show that gun ownership in America is actually highly concentrated. Only 22 to 31% of Americans adults say they personally own a gun.

Rates of personal and household gun ownership appear to have declined over the past decades – roughly two-thirds of Americans today say they live in a gun-free household. By contrast, in the late 1970s, the majority of Americans said they lived in a household with guns.

Most of America’s gun owners have relatively modest collections, with the majority of gun owners having an average of just three guns, and nearly half owning just one or two, according to a 2015 survey by Harvard and Northeastern researchers, which gave the most in-depth estimate of Americans’ current patterns of gun ownerships.

But America’s gun super-owners, have amassed huge collections. Just 3% of American adults own a collective 133m firearms – half of America’s total gun stock. These owners have collections that range from eight to 140 guns, the 2015 study found. Their average collection: 17 guns each.

If the police can kick in your door while you are sleeping and kill you for defending yourself from an unidentified intruder while you are still half asleep and in the dark, you don’t really have rights. 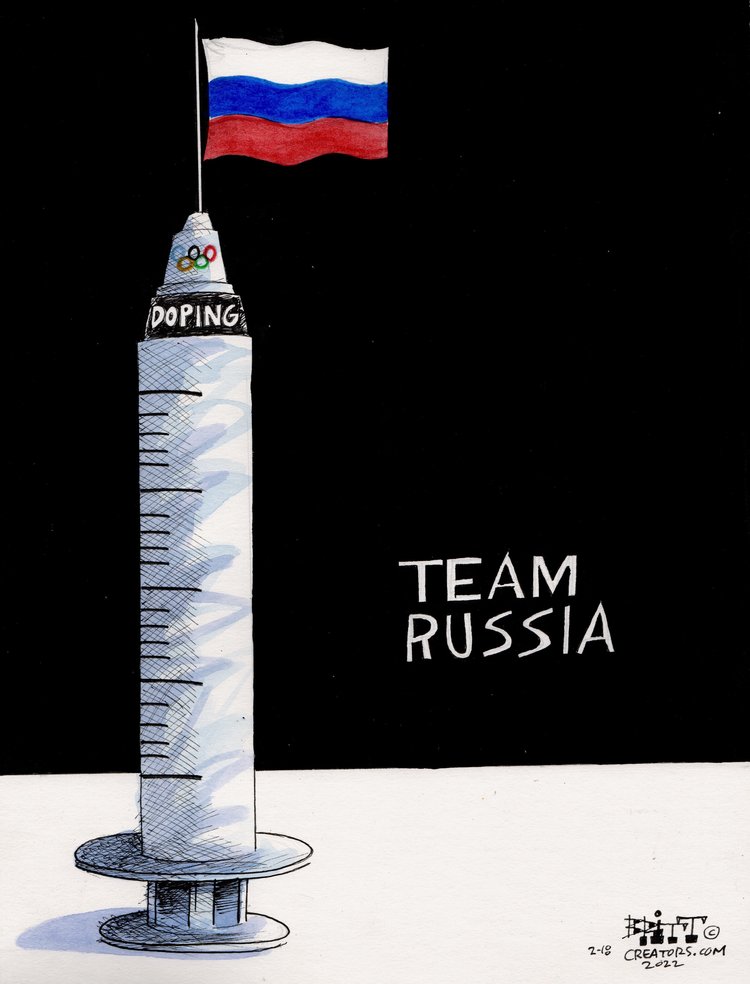 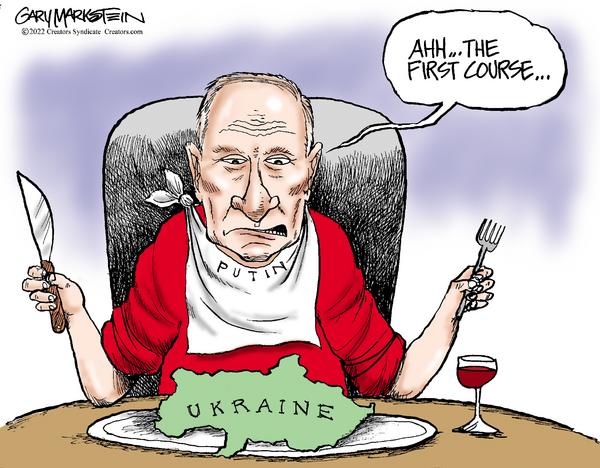 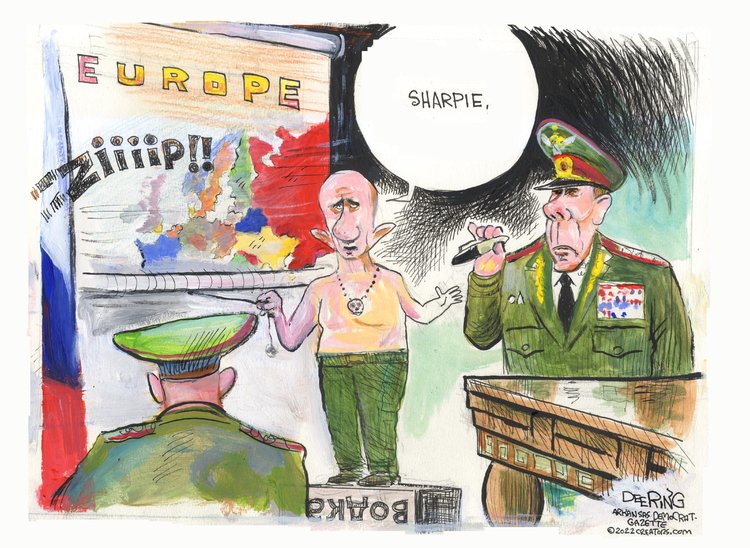 Seems as though the same christian Taliban that believes Transgender schoolgirls will somehow utilize their penile extremity to their advantage in sports, didn’t think the massive strength and abilities of the Williams sisters put an unfair advantage over other girls in Tennis. This is the craziness that the right promotes about public health mandates.    Creating rules that keep the public safe is cause to kill some one.   WTF 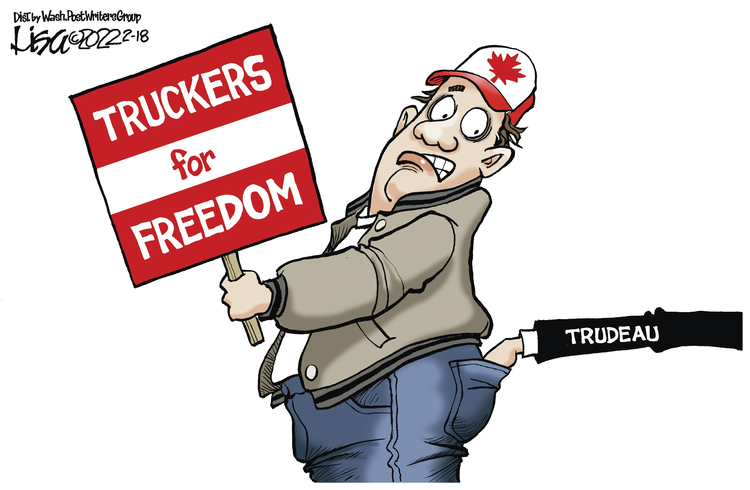 Protesting is legal, and in a way patriotic… no matter what the subject, it is an expression of living in a free country.

Breaking the law while protesting… that’s another thing. You CAN make that choice, it is called “civil disobedience”. But these people (and Lisa) don’t seem to comprehend that you are still breaking the law, and that there will be consequences.

There are groups who have been protesting for decades (from environmentalists, to pro-life movements… all political stripes). And these experienced protesters understand that you need to work with the system. You have to play the game. You set up a blockade, and you wait to be arrested, testing how long you can hold out, hoping you can get some media attention, and cause some grief to your opponent. These “truckers” on the other hand are actually saying “your laws don’t apply to us”. That’s not protest, that’s anarchy.

The Truckers can protest on the side of the road, in the park almost anywhere they would like. the TRUCK is a tool that is regulated by the state and as such it has NO FREE SPEECH RIGHTS.

But it’s not about COVID, vaccination, or mandates. As part of an interview with Pat King, leader of the “Freedom Convoy”, he tells us exactly why they’re “protesting”:

“Now, what it is, is the part of the depopulation. And a lot of people don’t understand what that means.”

(Tell us, Pat. Tell us what it means)

“And what there is, see, is there’s an endgame. It’s called depopulation of the caucasian race. Or the Anglo-Saxon.”

“And, that’s what the goal is, is to depopulate the Anglo-Saxon race, because they are the ones with the strongest bloodlines.”

The Democrats face an uphill battle to get their message out. Also historically the party in power loses seats in the midterms. But the Republicans are facing their own serious voter issues with only the shrinking base fully committed to the current message out of the Republican party. For example tRump is very popular with the base but not popular with the average Republican and swing voter. The Jan 6th denials are very popular with the base, but despised by the main stream Republicans and swing voters. If the Republicans run on the emotion of blocking every thing the Democrats try to do to help the public while pushing tRump with his big lie and trying to sell the fantasy that Jan 6th was legitimate political discourse the Democrats will keep control of congress and may even gain seats.

What would you have him do, start world war three? Nuke Moscow and end civilization as we know it. Putin wants to lie and and invade with little cost to himself. By Biden keeping it in the news, marshaling the NATO countries, by getting other countries to agree to crippling sanctions he is doing as much as he can to deter Putin. Plus the US has increased our arms sales to Ukraine and encouraged other countries to do so. Anything else is just counter effective and would prove Putin’s point that he needs to take other countries to keep his safe.

And now some for fun

There was a cartoon about cannibals in this space.   While I thought the punchline was funny it was pointed out to me that the way the individuals in the cartoon were drawn, it was very stereotypical and is a trope used by racist bigots.  I have decided because of that to remove the cartoon and explain that my intent was not to cause harm.   The punchline would have worked without the characters being drawn that way and it is a shame the cartoonist went in that direction.   I apologize for missing the offending part of the cartoon and I thank the person who pointed it out to me.  Thanks.

5 thoughts on “Daily cartoon / meme roundup: Why is universal healthcare not a right in the US? It would save businesses money, cost less, cover everyone. Oh ya it would take the incredibly large profit out of it for healthcare systems and drug companies.”