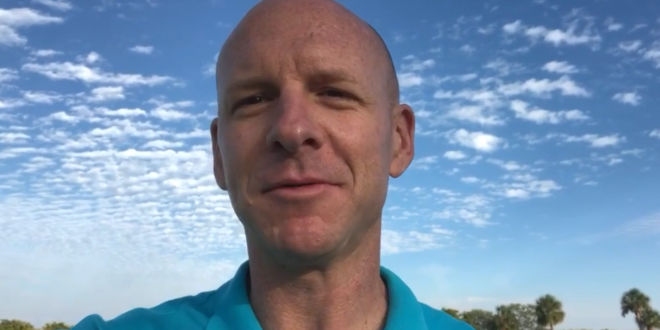 Willy Rice, pastor of Calvary Church in Clearwater, Florida, and a candidate to become the next president of the Southern Baptist Convention, has removed a deacon from leadership, citing the denomination’s ban on individuals who have committed sexual abuse from church leadership roles.

Rice did not identify the deacon in the video. But other outlets identified the man as Jeff Ford [photo], a faith advisor to Florida Gov. Ron DeSantis who serves as the CEO of Man Up and Go, an international nonprofit organization that inspires men to fight for the fatherless.

A December 2005 report in The Tampa Bay Times said when Ford was 27 and worked as a language arts teacher and an assistant football coach at J.W. Mitchell High School, he confessed to being in a relationship with an 18-year-old female student while he was married.

“It did not involve criminal charges, and he has never been identified by law as a sexual offender,” Rice said in a video posted on social media. “Nevertheless, it was a terrible sin, and it devastated people’s lives.”

Rice went on to say that the church leader had repented of his sins and had been open about their past. Eventually, after years of being a faithful church member, this person was made a deacon — a decision that Rice said he now regrets.

He said that recently he was confronted by someone outside of Calvary who knew the deacon’s backstory and questioned why he was in leadership.

From that Tampa Bay Times report:

A 27-year-old language arts teacher at J.W. Mitchell High School resigned this week after admitting to a sexual relationship with a female student.

Jeffrey Charles Ford, who worked as a teacher and an assistant football coach at the school since August 2003, called a school administrator on Sunday night to disclose his relationship with the 18-year-old student. He met with the administrator on Monday and resigned.

“I’m saddened by it. I’m shocked by it,” the school’s football coach, Scott Schmitz, said Thursday. “He’s a good person, he’s a great teacher, he’s an outstanding football coach, but he made a very wrong decision.”

In the video below, Ford calls for men to return to “authentic masculinity.” Like screwing high school girls, apparently.

Remember DeathSantis is pushing a don’t say gay bill and removing books for the schools that have any sexual content or LGBTQ+ characters but he hired a guy who had a sexual relationship with an 18 year old student in a school he was a teacher at.   DeathSantis claims he needs to act to save the children from the libs and Democrats but who is the real threat to kids in schools?