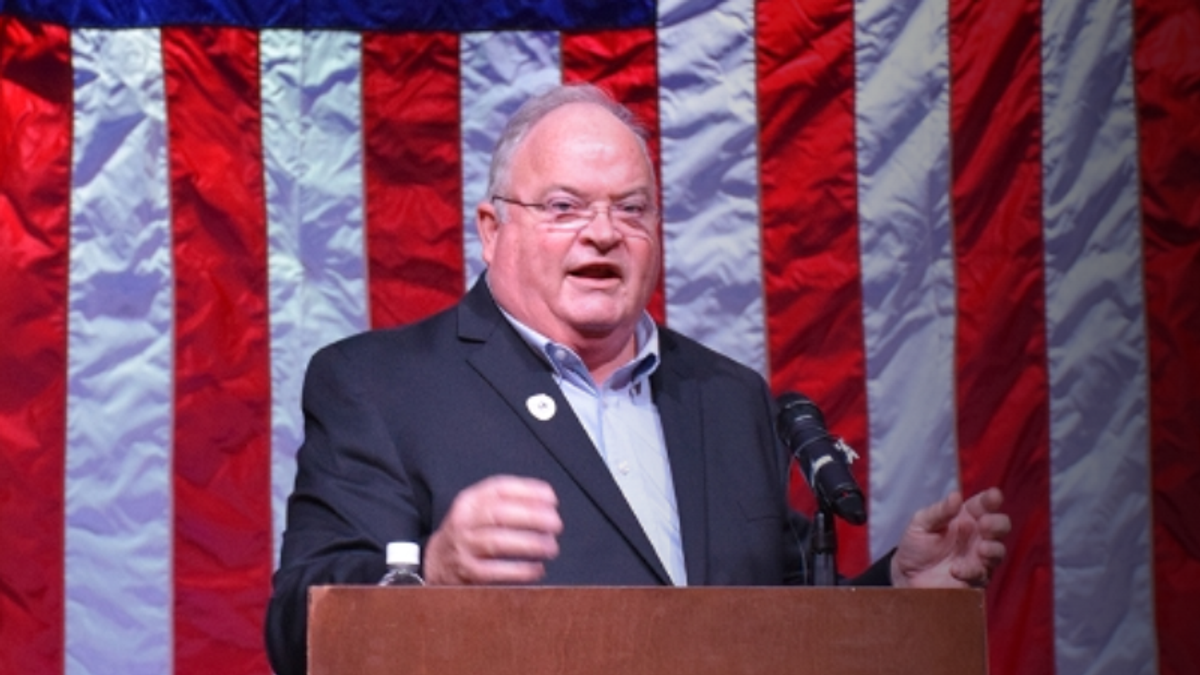 On Thursday, Rep. Billy Long (R-MO), a candidate for Senate in Missouri and an avid promoter of election conspiracy theories, put forward a bizarre new plan on Twitter for how he will get former President Donald Trump reinstated to office.

Specifically, he said that he will get Vice President Kamala Harris to resign, have President Joe Biden appoint Trump as vice president in her place, and then have Biden himself resign, putting Trump first in line to ascend to the presidency.

He did not specify how any of the steps of this would work, including how he would get Harris or Biden to resign or how he would persuade Biden to choose Trump as his vice president.

Long, who worked as an auctioneer before being elected to Congress, has a history of controversial behavior. Earlier this week, he blamed mass shootings on women having abortion rights. He also issued a campaign ad that was removed from YouTube for promoting conspiracy theories about the 2020 election being stolen.

This comes as several other Republicans vie for the open Senate seat being vacated by retiring Sen. Roy Blunt.

One of the candidates who has attracted the most attention is Eric Greitens, the former governor who resigned amid a sexual assault scandal, and who more recently has been accused of domestic violence by his ex-wife.

This is what passes as quality Republican candidates, completely delusional and divorced from reality.  Hugs