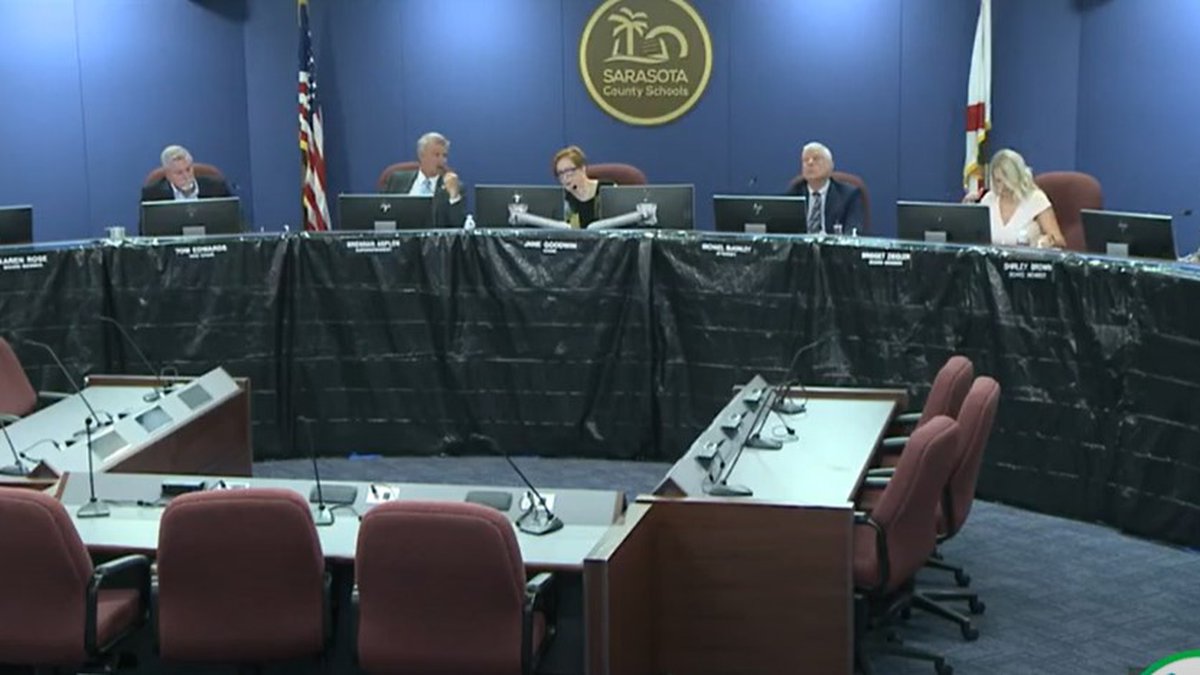 An Englewood man has filed a lawsuit against the Sarasota School Board over library books he considers lewd and obscene.

Robert Craft, in his civil suit filed in Sarasota County Circuit Court July 1, alleges the school board has ignored complaints from citizens about certain books, and charges the school board is guilty of “purchasing and propagating obscene, lewd, and lascivious materials for distribution to children.”

The suit asks the court for an emergency injunction “to stop children’s exposure” to the more than 50 listed books; for the sheriff to confiscate the books as evidence; and to ask a grand jury for a criminal indictment.

The counsel for the school board, Daniel DeLeo, told ABC7 Friday the suit was “ridiculous.”

DeLeo says the school district has a mechanism for citizens to register complaints without resorting to lawsuits. Craft told ABC7 the school board has routinely ignored citizens’ complaints about materials in school libraries. “Parents have been called liars; they’ve been removed from meetings by police.”

Craft, who is not listed a member of the Florida Bar, claims he has jurisdiction in the case “as declared in the Journey of Life of the Natural Person, the American Territory National, and/or the Citizen of the Constitutional Republic of these United States of America.”

Craft says the proper way to address the issue is in court. “We haven’t been exercising the system the way we’re supposed to,” he said. “We speak in a jury box.”

The suit includes a passage from Morrison’s book that describes a sexual assault, and from “Sold,” by Patricia McCormick, an award-winning fictionalized series of vignettes of tales of young girls forced into sexual slavery. “In my opinion, it’s lewd and lascivious,” Craft said.

DeLeo said libraries have special protection under law. DeLeo pointed out that several of the books on the list, including “The Bluest Eye” by Toni Morrison and “How to be an Antiracist” by Ibram Kendi, have won many prestigious literary awards. If material has artistic or scholarly merit, he says, it is protected under the First Amendment. “It’s a high bar, and rightfully so.”

Craft admitted he has not read many of the books on his list. He also told ABC7 said he did not compile the list himself, but found it on the internet. “I can’t remember where,” he said.

Books on the list include biographies of former first lady Michelle Obama and Olympic champion Wilma Rudolph. When asked about the Obama book, Craft said he did not know, specifically, why the book was on the list. “I don’t know anything about it,” he said.

Craft argues the fact that the books were on a list — somewhere — is enough. “The books have been called into question. It’s up to a jury,” to decide if they should remain on shelves.

NOTE: If you are somehow blissfully unaware of the so-called sovereign citizen movement, this Wikipedia entry provides the batshittery basics.

who ever thought choosing library sciences as a career would cause you so much grief?

IKR? Whoever thought librarians would qualify for hazardous duty pay?

What is difficult to process is the intensity of the current outburst of attempted censorship, and the successful use of it by Republican politicians to win office or gain political points. We thought that was all settled in the 1960s after books like Howl, by Allen Ginsberg, and Lady Chatterley’s Lover, by D.H. Lawrence, were ruled to be acceptable for the reading public to read.

I don’t recall librarians buttonholing strangers in the street and demanding that they read a particular book immediately, on pain of violence. Last I heard, the reader chooses the book.