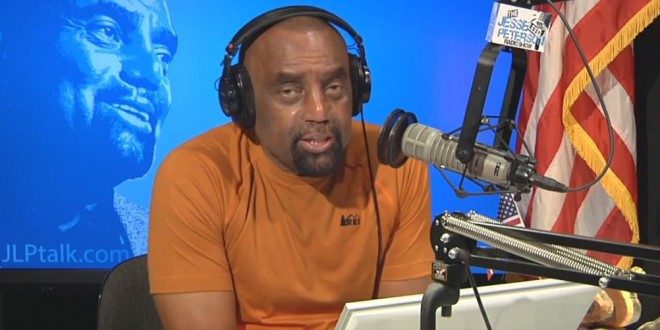 In the hyper-masculine right-wing internet community known as the “manosphere,” few figures loom larger than Jesse Lee Peterson. The Los Angeles-based pastor and online radio host has become a star in conservative media in part for his demands that men and women return to his unorthodox version of traditional gender norms.

Peterson has also emerged as one of the right’s most vocal anti-gay figures. He’s claimed that people who march in gay pride parades are the children of Satan, and that “radical homosexuals are evil.”

Now several of Peterson’s one-time friends allege that the pastor’s own personal life is rife with gay sexual relationships. Two of Peter’s former male associates came out in June with on-the-record interviews saying they engaged in sexual activities with him, while other men say he propositioned them.

He last appeared on JMG last August when he sponsored a second annual California “Straight Pride” event which ended in violence by the Proud Boys.