No one has the idea of doing the job you are hired to do, and if you don’t want to do it then don’t take the job.   Taking the job and then saying I wont do this or I don’t do that is stupid to me.    Plus none of these people understand professional standards or requirements it seems.   They all seem to just want the right to force their will on others and get paid for it.   I don’t like spinach but I don’t insist the grocery store stop selling it.    Hugs 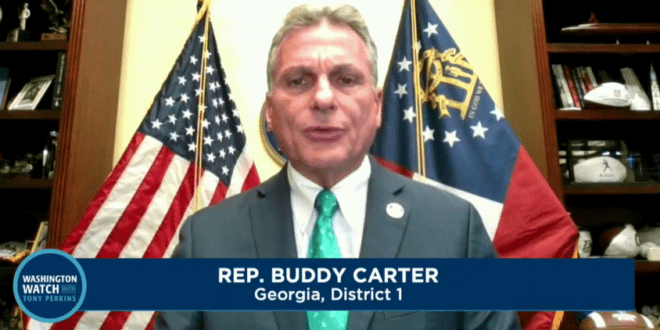 “Some of these medications are used for legitimate reasons, there’s no question of about that. People are still going to be able to get those medications.

“A pharmacist should have the right to deny filling a prescription if they know it’s going to be used for an abortion and if they morally object to that.” – GOP Rep. Buddy Carter, speaking to hate group leader Tony Perkins.

Carter last appeared on JMG in 2017 when he raged about the Senate blocking a move to repeal Obamacare, saying, “Somebody needs to go over there into that Senate and snatch a knot in their ass.” To which everyone else said, “What does that even mean?”

“A pharmacist should have the right to deny filling a prescription if they know it’s going to be used for an abortion and if they morally object to that.” @RepBuddyCarter on protecting pro-life pharmacists w/ @tperkins.

@RepBuddyCarter is a small town pharmacist who sold a lot of opioids.

Sorry, but if you can’t fill people’s medical prescriptions, promptly and courteously, you should be FIRED!

And banned from being a pharmacist anywhere else.

The person who knows the purpose of the medication is the one writing the prescription, not the one filling it. He’s lying about what the pharmacist “knows” and is empowering their prejudices and suspicions.

In Britain pharmacists who refuse to dispense prescriptions lose their license to work.

Women can also get over the counter abortion pills without a doctor’s prescription.

They’re coming for the straights now and all hell will (finally) break loose. And just wait until they ban condoms and birth control pills. That’s when the shit really hits the fan.

The job description is to dispense medicine to customers.
Unless you don’t wanna?

Cool…cool. I look forward to the Islamic, Mormon or S Baptist cashier refusing to ring up alcohol for customers next.

People will still be able to get arthritis medication? OMG, that’s outrageous. Obviously if god gave someone arthritis, it is his will, just like a raped 10 year old. I’m sure any decent god-fearing Christian pharmacist will refuse to dispense arthritis (or ANY medication) based on sincerely held religious principals.

They can just stand behind the pharmacy counter at CVS reading their bible and refusing to wait on 100% of customer.

Once again, someone’s perverted version of “religious beliefs’ Is permitted to control your life. The result is my religious beliefs and/or yours and or those who do not believe, do not matter. That’s not called “religious freedom,” it’s called religious bigorty.