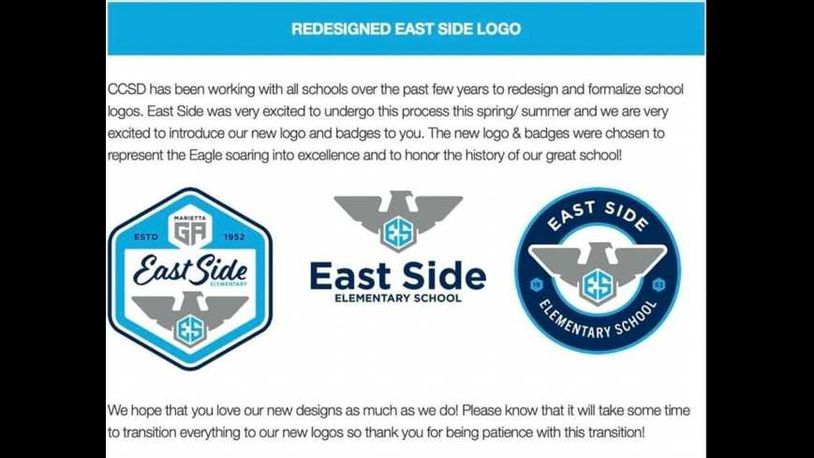 The Cobb County School District said Tuesday it’s halted the rollout of a new logo for an elementary school after parents pointed out similarities to Nazi iconography.

The logo for East Side Elementary in Marietta depicted an eagle, the school’s mascot, over the initials ES. The Nazi eagle, which was developed in the 1920s and later became a symbol for white supremacists worldwide, depicts an eagle holding a swastika in its talons.

Parents were notified of the new logo on Monday. It was chosen to “represent the eagle soaring into excellence and to honor the history of our great school,” the message to parents said. The district has been working with all schools to create logos, the message said.

“I don’t want to see my kids wearing that on their shirt,” said Mike Albuquerque, the father of two students who will attend the school next year. “Really it’s a big oversight of the county and everyone involved in the process who reviewed that, to not call out the fact that this looks like Nazi iconography. Or maybe, who knows, somebody did call it out and it wasn’t heard.” 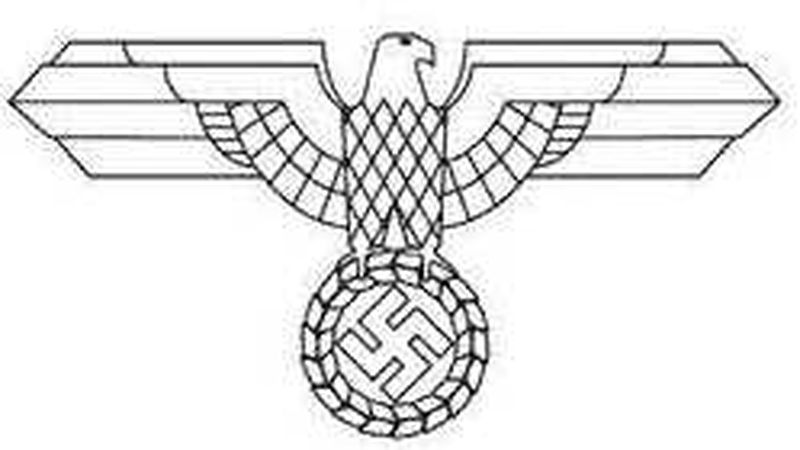 Georgia’s second-largest school district said in a statement Tuesday it had halted the rollout of the logo and was reviewing necessary changes.

“We understand and strongly agree that similarities to Nazi symbolism are unacceptable,” the district said in a statement. “Although this design was based on the U.S. Army colonel’s eagle wings, stakeholder input has been and continues to be important to our schools.”

East Side Elementary is located across the street from a synagogue.

The logo controversy is only the latest related to antisemitism in Cobb schools. Last month, a group began posting hot pink billboards around metro Atlanta that are challenging viewers to fight antisemitism, in part in response to incidents last school year in Cobb. 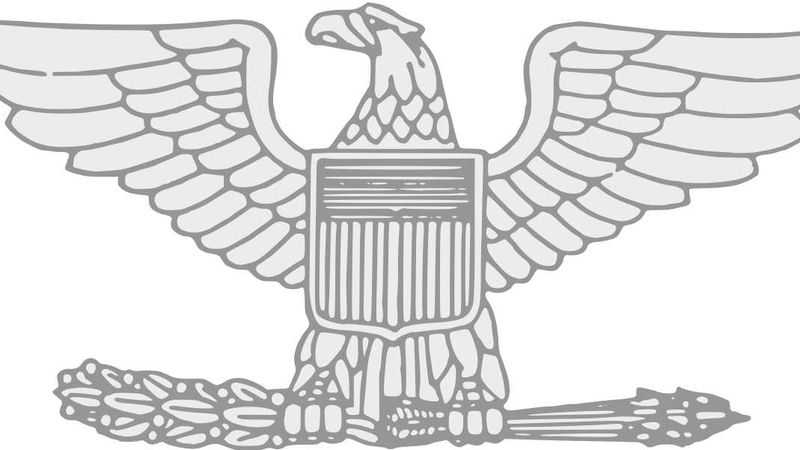 “If Atlanta is too busy to hate, why is there a swastika at my kid’s school?” reads a billboard that went up on Briarcliff Road in Atlanta.

Antisemitic incidents in Georgia more than doubled between 2020 and 2021, according to a report by the Anti-Defamation League. Georgia tallied 49 incidents in 2021.

“This is not the first time Cobb County schools have been tone-deaf to antisemitism,” said Dov Wilker, director of the American Jewish Committee Atlanta region, in a statement about the logo. “Pretending that antisemitism doesn’t exist won’t make it go away. The children who attend Cobb County schools — and their families — deserve better.”