What the heck is eating these people.    What have people like Ron and I ever done to them?   Why do they think they are so much better than we are?   Why do they think they should have the right to marry who they love while denying that right to us?  I have known straight people who have gotten married and then divorced within a week yet the relationship of life long gay people or straight people who have more than two people in the relationship is unthinkable to them.    I am tired of it.   I did not sign on to their religious views, why do they think they get to force me to live by their church dictates?    Being straight is not a badge of honor, the rest of us don’t care.   Hugs 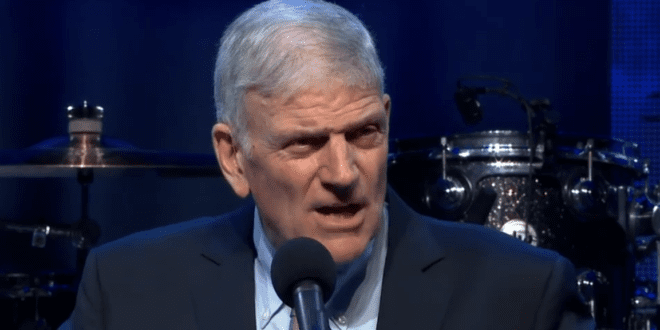 This week the U.S. House of Representatives passed the deceptively named “Respect for Marriage Act” in a 267-157 vote.

If this bill becomes law, it would formally repeal the  Defense of Marriage Act—a law that was passed in 1996 defining marriage for federal purposes as the union of one man and one woman.

While I’m not surprised that all of the House Democrats voted in favor of this bill, I was confused by the 47 Republicans who followed suit.

God says that marriage is to be between one man and one woman—not two men, not two women. The GOP used to believe that too.

Will you pray for God’s intervention as this bill moves on to the Senate? Only He can save us from our evil and rebellious ways.

Make sure you know how your representatives vote because it reveals where they stand on these and other important Biblical and moral issues.

Remember, elections are our opportunity to vote for men and women who support Biblical values and morality.

Will you pray for God’s intervention as this moves to the Senate? Make sure you know how your representatives vote bc it reveals where they stand on important Biblical & moral issues. Elections are our opportunity to vote for men & women who support Biblical values & morality.

I wonder what scandal will bring this cracker down?

God says that marriage is to be between one man and one woman—not two men, not two women. The GOP used to believe that too.

Hm, your God had a much different definition of marriage in your Old Testament, where certain God-favored dudes not only had multiple wives, but also concubines, handmaids, and slaves that they could fuck at their pleasure. Guess that your God must have changed his mind for some reason.

Whoops, I forgot to include daughters in that list. Sorry, Lot!

So wait, God didn’t stop gay marriage the last time, right? Does that mean it is his will? Or if he stops this bill, is that his will? Or is he just a bully, giving gay people marriage, then taking it away? Or maybe, just maybe, He exists only in your imagination.

Franklin, Jesus wants to sit on a chair in the corner of your bedroom and watch Jared Kushner fuck your wife.

Your fellow Brother-in-Christ, Jerry Falwell Jr., did something similar with his wife and a hunky pool boy.

News flash! No American has to live according to your particular interpretation of “biblical”* standards.

BTW “biblical” is not capitalized in standard usage.

17 years of marriage equality in Canada, but and their society hasn’t collapsed.

7 thoughts on “Graham: Pray For Jesus To Stop The “Evil” Marriage Bill”