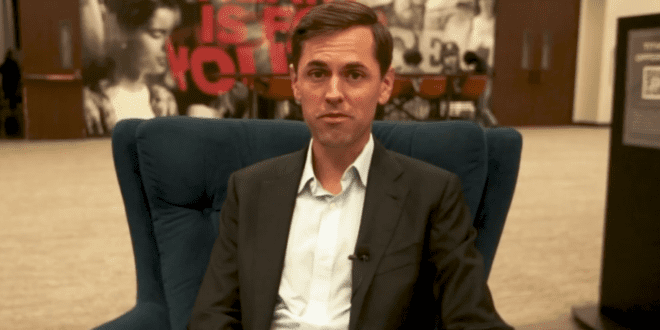 A group of Texas Republican legislators sent a letter to one of the biggest law firms in the U.S. threatening the company and its lawyers with disbarment and prosecution if they facilitate abortions, even outside of Texas, according to a report. The letter says the 11 members of the Texas Freedom Caucus have become aware of Sidley Austin “reimbursing travel costs of employees who leave Texas to murder their unborn children.”

Rep. Mayes Middleton, the Chair of the Caucus who signed the letter, warns Sidley Austin abortion is a felony in Texas unless the mother’s life is in danger. Middleton notes the law covers “drug-induced abortions if any part of the drug regimen is ingested in Texas, even if the drugs were dispensed by an out-of-state abortionist.” Middleton threatens, if Sidley Austin violates the law, the firm and all of the partners will be subject to criminal prosecution and disbarment.

A group of Texas Republican legislators sent a letter to one of the biggest law firms in the U.S. threatening the company and its lawyers with disbarment and prosecution if they facilitate abortions, even outside of Texas.https://t.co/KCKJnwULNj

Given that the vast majority of Americans are in favor of abortion rights, abortion rights need to be a “front and center” issue in Democratic campaign ads leading up to the November elections.

And the anti-Semitic/fascist fringe has gone all in for Mastriano. One of his major consultants is Gab CEO Andrew Torba, who stated that non-Christians are not welcome in their campaign, and even stated that right-wing Jewish commentators like Ben Shapiro and Dave Rubin are not welcome “unless you repent and renounce your Jewish faith”. Gab is a neo-Nazi site which helped inspire the Tree of Life mass shooting in Pittsburgh.

Ross another_steve • a day ago

Steve, it may not matter how Democrats play this.

For, the GOP may be handing the election over to Democrats on a silver platter.

Here in Kansas, voter registration is up an astonishing 1,000% since Roe was overturned. And I’m gonna guess that Kansas isn’t unique in this.

another_steve Ross • a day ago

I appreciate your optimism, Ross. Wish I could share in it but I’m not quite there. Perhaps the Roe decision will in fact help the Democrats in November. Perhaps.

I’m pinning my hopes on some sort of mega-bombshell coming out of the 1/6 Committee. Something really really big that totally occupies the airwaves and sends the Rethugs running.

Imo something like that is our best hope of preventing the seditionists from winning back control of the House.

But it may not matter. SCOTUS looks likely to allow states to throw out election results they don’t like without having to prove fraud or whatever BS excuse they are using. Just a vote in the legislature would be enough. That on top of voter suppression efforts (we ain’t seen nothin’ yet!) will mean that the majority’s opinion doesn’t matter.

Its all about creative semantics. Oh, that money is not for an abortion, its for the excellent work that she does for the firm. She has the best penmanship that we have ever seen.
In fact, we are sending her to our Chicago office for 3 months to show them how pretty she can write.

Chris Baker Paula • a day ago

I heard someone comment that women at these type of white-collar companies won’t really use this benefit, because they don’t really want to let their employer know they had an abortion. It’s really lower-income people who need the benefit. But is a nice benefit to offer to signal employees that they support their rights.

Makoto Paula • a day ago

“We decided she could really use a nice long weekend retreat” – hell, the gop has tons of vague phrases they’ve used for decades to get abortions for mistresses without admitting to it, I’m sure there’s a cheat sheet that can be copied…