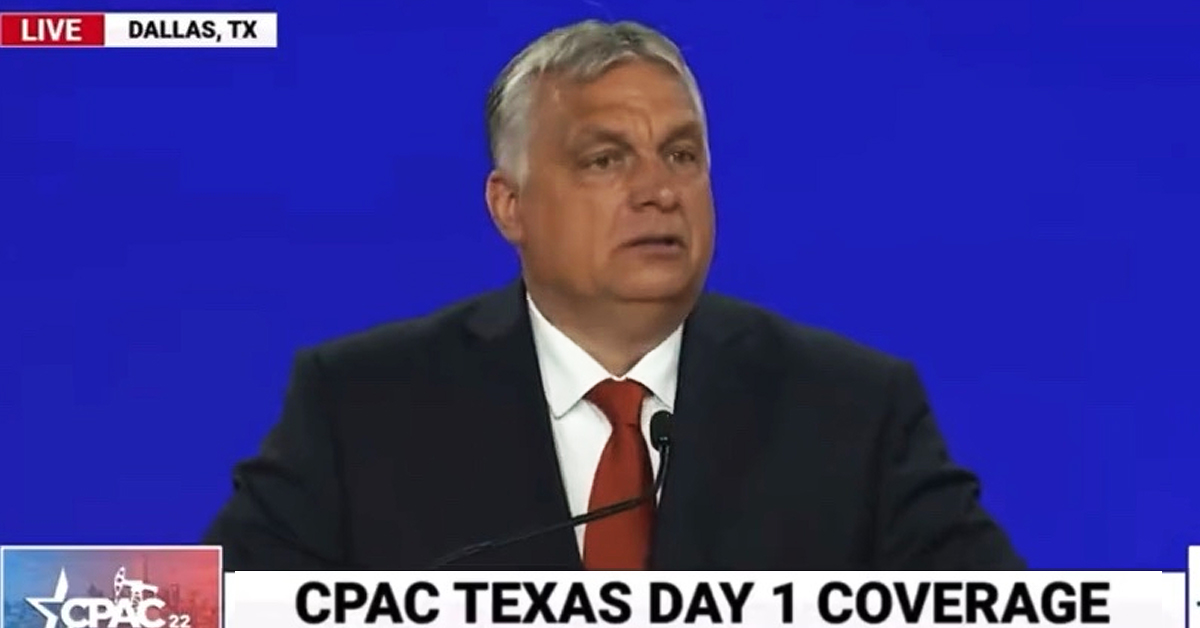 Hungarian Prime Minister Viktor Orbán spoke at the Conservative Political Action Conference in Dallas and declared that marriage is between a man and a woman.

Attendees gave the right-wing authoritarian a standing ovation in response.

“Hungary shall protect the institution of marriage as the union of one man and one woman,” he said to applause. “Family ties shall be based on marriage or the relationship between parent and children. To sum up, the mother is a woman, the father is a man, and leave our kids alone. Full stop. End of discussion!”

Hungary allows for legally recognized same-sex unions, but not gay marriage. Last year, Orbán’s government enacted a law banning the promotion of content in schools the government deems to be promoting homosexuality. Critics said the aim of the law is to associate homosexuality with pedophilia.

“We are not a mixed race, and we do not want to become a mixed race either,” Orbán said. “We mix within Europe.”

Orbán has become something of a darling among American conservatives, particularly after Fox News host Tucker Carlson traveled to Budapest last August for a softball interview with the prime minister.

Last year, the group Reporters without Borders put Orbán on its list of enemies of press freedom.

Orbán Gets Standing Ovation at CPAC After Declaring Marriage Is 'The Union of One Man and One Woman' https://t.co/zNlv2MXk4t via @mediaite

For as long as I can remember (and I’m in my sixties) conservatives have been using the fear of LGBT people to hook gullible bigots into voting against their own economic self-interests. It’s worked like a charm for generations and shows no sign of letting up. This is just the latest example.

I am 86, and I can remember further back, when it was actually worse. At least, for now, we cannot be put into prison just for being gay — but I would not at all be surprised if those draconian laws returned, should the so-called “conservatives” get total control of the government. They are not conservative. They are simply bigots, and hateful ones, at that.

The unstated word is, “YET.”

Texas and Florida are far advanced in accelerating their plans for genocide (at Stage 8 of the 10 stages), and other red states are at least at Stage 3, with plans to follow,

They’re coming first for little trans girls and their parents, then the trans community as a whole, and then the rest of the LGBTQ+ community.

Who will speak out for us?

And when the GQP comes for them later, will there be anyone left to speak up for them?

“WE”RE GOING TO BAN ABORTION AND THE GAYS!”*

*and lower taxes on the wealthy and corporation, and let companies dump toxic waste into your drinking water, take away social security and reduce the minimum wage are remove worker protections and send more tax money to our government contractor friends. 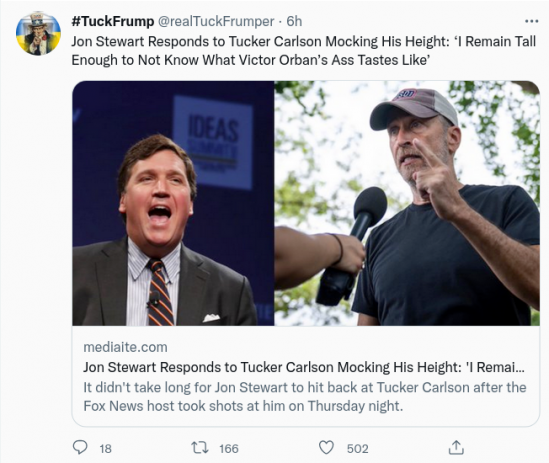 But but but…the Log Cabin Republicans have told us that it’s only a handful of Republicans who are anti-gay.

Them: Gays won’t date us because we’re conservative.
Us: Nah. It’s because you’re braindead cultists. It’s not a sexy look.

The GOP hates gay people. Anyone old enough to remember the AIDS epidemic remembers how they laughed because AIDS was killing all the right people That was in the 1980s

Never thought I would see the day that a major political power in America would be fascist. It is revolting.

Religious liberty is an oxymoron. It is always about imposing religious beliefs at the expense of others.

And in the case of the Southern Baptist Church, it was created to reinforce racism and slavery.

The Republican Party is telling us who they are. People need to believe them.

Unfortunately, there are lots of bigots and racists in America that are perfectly fine with Nazis.

‘Religious liberty’ in full bigoted rant.
Alito must be orgasming in the back row.

They had to settle for Orban because their first keynote choice, Putin, is busy bombing things and whatnot

Pssst….Hey Log Cabin Republicans….have you gotten the hint that the GOP really will never let you be “real” Republicans and that you’ll always be 2nd class citizens to them?

Much like temporarily embarrassed millionaires, they think they’re only temporarily kept out of the club.

They don’t understand that the more power the people they bolster get the less they need the LCRs or others like them. Give the right enough power, and watch the long knives come out as soon as the gays are disposable. Homocons should really be careful what they wish for.