This is what we face in future elections.    No republican candidate will admit they lost even to other republicans.  No republican candidate will accept reality and will use threats and intimidation to get what they want.   Power before truth.   But worse there is now a bunch of these maga cult members in charge of the elections going forward.  They believe in the ability to simply deny the votes of the public to put their preferred candidate in office.    Scary.   Hugs 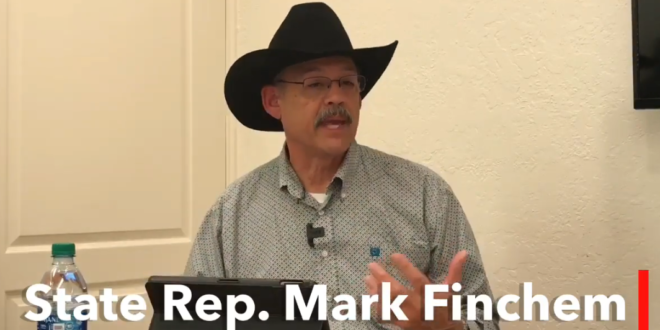 The Republican nominee for secretary of state in Arizona is a self-proclaimed member of the far-right extremist group the Oath Keepers who repeatedly shared anti-government conspiracies and posts about stockpiling ammunition on social media. CNN’s KFile team uncovered previously unreported posts from Mark Finchem, an Arizona state representative who won his party’s nomination with the endorsement of former President Donald Trump, on several social media websites linked from his since-deleted former Twitter account.

The posts included a Pinterest account with a “Treason Watch List,” and pins of photos of Barack Obama alongside imagery of a man clad in Nazi attire making a Nazi salute; Finchem also shared photos of the Holocaust claiming it could happen in the United States. On Twitter, he shared conspiracies that multiple ships docked at a Virginia naval station might be a target for a second Pearl Harbor-type attack. He said Satan ruled the United States and said gun ownership should be mandatory.

Finchem first appeared on JMG when he declared that COVID does not exist and that everybody who got the “poisonous” vaccine will be dead within two years. The January 6th committee has subpoenaed him for his role as a fake Arizona elector.

We’re about to end up with large portions of the country being run by those with no interest, experience or qualifications whatsoever in actually doing the jobs they will have been elected to do. And who are mentally unhinged enough to do great damage to everything as they flail about in destructive rampages.

This is what happens when a major political party decides that being loyal to the party matters more than absolutely anything else.

It’s what happens when fascism rises. In my readings about the rise of fascism in Italy, Germany and Spain, I keep seeing these kinds of scenarios again and again. It’s all about taking power, looting the state and persecuting minorities.

Political commentators have observed this: Today’s Republican Party is rudderless. It has no “policy agenda,” no long-range goals for the future. It merely exists to serve tyrants like Donald Trump and Ron DeSantis.

Joe Walsh — a former Republican congressman who’s seen the light and is now a Biden supporter — said something on cable the other day that’s stuck with me. He seems to have good “radar” when it comes to this stuff. Has a good sense of what the Republican electorate is like today.

He estimates that something like 85% of all Republican voters believe everything that Donald Trump says. You name it. Everything. However outlandish.

These treasonous criminals — like Finchem — who have Trump’s support may very well win in November.