I could post 3 to5 of these stories a day.   Most of them I must avoid reading as most of you can understand.    But this one caught my eye because of the number of charges and the method.   This is the real meaning of grooming; Grooming is a method used by offenders that involves building trust with a child to allow the perp more access and opportunity to abuse them.   The republicans and right wing media are hammering that teachers are grooming the children by allowing them to come out in schools, using the correct pronouns / names of trans gender kids, and allowing age appropriate information / discussion of gender and LGBTQ+ content.   The real intent of the right is an attempt to destroy both public education along with any tolerance / acceptance of the LGBTQ+ while creating a hostile environment for gay, lesbian, and trans kids.   What this guy does works on kids that have been denied sex education and the ability to talk openly with adults about sexual issues.   This guy would have failed with this if these kids were not made to feel so ashamed of their bodies that they would do anything to avoid a picture of their junk to be seen by friends or parents.   This is what happens when kids are taught to just say no or are not taught how to address when they have desires / needs that have to be addressed.  If you read the article the guy would claim to be a girl, boys desperate to see a nude girl would send him pictures of their dicks and balls.  Girls do it also.  Gay and lesbian kids fall pray to this also.    So the perp then tells the kids they will send the nude pictures of their privates to their friends and parents unless the kid shows more and does sexual acts like masturbating or inserting something in themselves.   Remember I posted about another youth pastor that would do this and then would arrange to be with the boy and mother when he sent the most explicit videos to the boy’s mother.  He loved the mother’s reactions and took great enjoyment in the boy’s embarrassment and future punishments.   Hugs 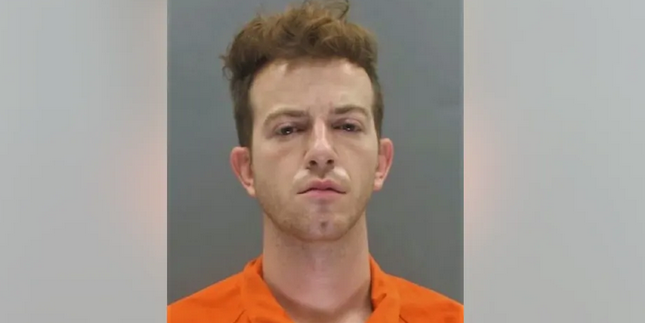 A Burlington County man who served as a youth pastor has been indicted on charges that he sexually exploited underage boys, deceiving them into sending him explicit images, then blackmailing them into performing lewd acts so he could watch and record them remotely, authorities said Friday.

Sean Higgins, 31, of Palmyra, has been in custody since he was arrested in October 2020. He is accused of victimizing 13 boys ages 12 to 17 who were living in Pennsylvania, New Jersey, Alabama, Michigan, Minnesota, South Dakota, and Tennessee.

A grand jury this week indicted Higgins on 75 total counts that included charges of endangering the welfare of a child, aggravated sexual assault, criminal sexual contact, cyber harassment, and obscenity to a minor.

Higgins adopted the persona of a teenage girl he named Julie Miller and then used Snapchat and Instagram to start talking with underage boys, the prosecutor said.

After a bond was forged between ‘Julie Miller’ and each of the underage boys, Higgins “would suggest that they trade photos. Higgins would then send pictures” of an unidentified teenage girl, the prosecutor’s office stated.

Higgins would take a screenshot of the teenage boys’ friends who were listed on their phones, “send that screenshot back to the victim and threaten to send the nude photos he had just received to the list of the victim’s friends unless the victim did exactly what Higgins demanded,” the prosecutor’s office stated.

Video at the link above.

A youth pastor who preys on youth. How novel. How completely unexpected.

Yet I’m sure he was against LGBTQIA+ rights.

I can imagine the terror those poor boys felt when they realized they were deceived and family and friends might find out. That sick pedo needs to do years of prison time.

And yeah lets keep calling the LGBTQ community the “groomers”.

They freak out about trans women and drag queens but this person is neither. It’s all protection and deflection.

Why do Republicans really believe that teachers are pedophile groomers?

Because their kids’ creepy teachers at their Christian schools give off that exact vibe.