Yes!  More companies need to do this, pull out of Florida and other hater red states.   Hit them economically and maybe we can reach them with reason.   Right now they’re drunk on power and hate, they are gang thugs, and they won’t stop until they are hammered back down under the rocks they slunk out from under.    Hugs 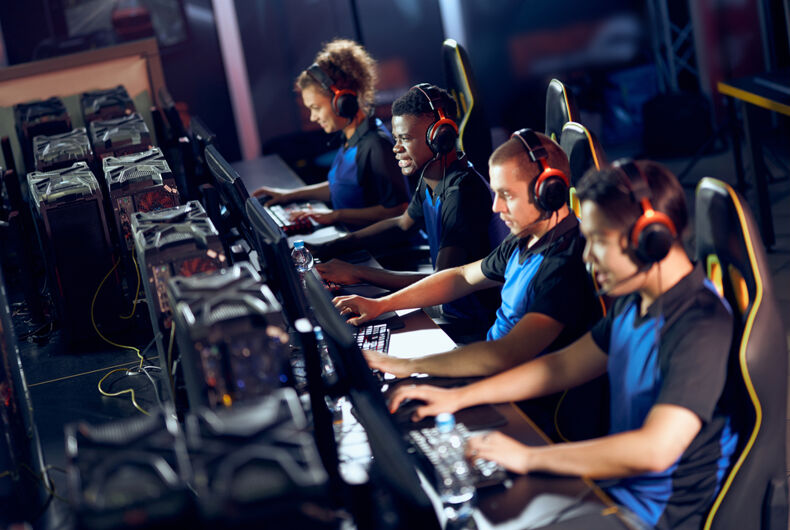 The organizers of a gaming convention who originally planned to hold their event in Florida have canceled, citing both Florida’s lax COVID-19 policies and its hardline anti-LGBTQ stance. The group said that the state is no longer “a safe place for our community.”

“While we would love to return in-person, we’ve determined that to provide a safe and welcoming event to all, it was best that we move away from our originally planned location in Florida,” the website for Games Done Quick (GDQ) says. “Given the state’s continued disregard for COVID-19’s dangers (including anti-mandate vaccination policies) and an increased aggression toward LGBTQ+ individuals, including the law colloquially known as ‘Don’t Say Gay,’ we do not believe it is a safe place for our community at this time.”

The group’s upcoming winter event — Awesome Games Done Quick — was originally planned to be held in Orlando in January 2023 and was going to be GDQ’s return to in-person events after two years of virtual-only events due to the COVID pandemic. The event will be a fundraiser for the Prevent Cancer Foundation.

Several prominent speedrunners who participate in GDQ events are transgender, and transgender people have been especially targeted by Florida Republicans. In the past several years, the state has passed a ban on transgender students participating in school sports, banned transgender people of all ages from using Medicaid insurance to cover gender-affirming care, instructed schools to ignore federal law banning anti-LGBTQ discrimination in education, and Gov. Ron DeSantis (R) even declared a cisgender woman the winner of a swimming competition because he didn’t like the fact that a transgender woman won.

The state got national notoriety for what has been dubbed the “Don’t Say Gay” law, which bans discussions of sexual orientation and gender identity in younger grades and restricts them in older grades. School districts have already interpreted the law to mean that they can’t acknowledge LGBTQ people’s existence while schools ban books that conservatives accuse of “grooming” kids for child sex abuse and advise LGBTQ teachers not to have pictures of their same-sex spouses on their desks.

The law also targeted transgender people in particular, requiring schools to out transgender students to their parents if teachers find out their identities.

GDQ used to hold their winter event in D.C. until it was moved to Orlando in early 2020. Since its inception in 2010, the events have raised $35 million for various charities, including Doctors Without Borders and the Malala Fund, a nonprofit organization for girls’ education.

The January 2023 event will be held online.