Remember this is the same administration / surgeon general that Tildeb used to promote anti-trans nonsense.   Politics dressed up as science.   For those that did not believe me about Tildeb using fringe science and right-wing talking points, I give you this as exhibit 1!  I keep trying to tell people they medical science is in, the studies done, and trans gender affirmative care is the recommended best practices for kids.    Hugs 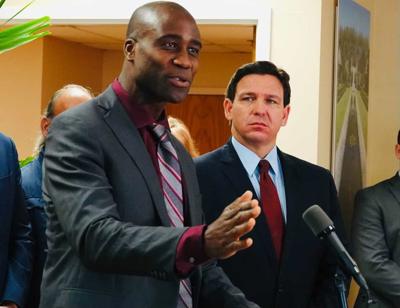 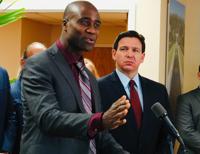 This far into the pandemic, tens of millions of Americans have received mRNA COVID vaccines, following vast medical trials. The Centers for Disease Control and Prevention and the Food and Drug Administration continue to review the safety of the vaccines, part of what the CDC calls “the most intense safety monitoring efforts in U.S. history.”

But somehow, Florida Surgeon General Joseph Ladapo knows best. Armed only with a skimpy “analysis” done by the state Department of Health — an analysis that is not peer-reviewed, has no named authors and has been blasted by the medical community — he warned last week that men ages 18-39 shouldn’t get the Moderna or Pfizer COVID shots, citing a higher risk of heart-related deaths.

The analysis itself states it should be considered “preliminary” and “should be interpreted with caution.” And yet the stance that Ladapo took on Twitter was far from cautious, insisting that “FL will not be silent on the truth.” Twitter initially pulled down Ladapo’s post, but then restored it

Ladapo, of course, is Gov. Ron DeSantis’ hand-picked surgeon general, and the Harvard-trained doctor knows it. He seems intent on carrying out the governor’s increasingly anti-vax agenda. Ladapo has promoted Ivermectin and hydroxychloroquine as legitimate treatments for COVID — they are not — and said in March that the state is against COVID vaccines for children. (The vaccines are considered safe and effective for children.) He vowed that Florida would “reject fear” when it comes to public health policy.

Reminder: More than 81,000 Floridians have died of COVID.

This latest report Ladapo is pushing has holes large enough to drive a car through. No amount of calling the resulting criticism an example of cancel culture — which is what a Florida DOH spokesman tried to do — will change that.

For one thing, it’s missing so many key details in the “methodology” section that Daniel Salmon, the director of the Institute for Vaccine Safety at the Johns Hopkins School of Public Health, said he can’t even figure out what the department actually did.

“If you were to submit that to any decent journal, it would be almost certainly rejected quickly,” Salmon said in the Miami Herald. “I think it’s irresponsible for a state government agency to put out something like that without sufficient detail.”

(We can’t ask the study’s authors because Ladapo refused to divulge them, calling that question a “fake” issue during a Washington Post interview.)

Salmon, who is leading a large global study looking into myocarditis — inflammation of the heart muscle — and the coronavirus vaccine, said the benefits of the vaccines still outweigh any risks. He was far from alone in criticizing Florida’s position.

Jason Salemi, a University of South Florida epidemiologist, told the Herald the study failed to focus on both risks and benefits, looking only at risk. “It’s not a complete picture,” Salemi said. “It’s taking one part of it and using that seemingly in isolation to make a recommendation.”

The Washington Post — because Ladapo’s claims have attracted national attention — spoke to more than a dozen experts on vaccines, patient safety and study design who had concerns with the Florida analysis. Concerns included a too-small sample size, using data from death certificates that are frequently inaccurate and skewed results because the study tried to exclude anyone who had COVID or died from it.

Particularly telling: Ladapo said in The Washington Post interview that he hoped his mentors at Harvard University would support the methods used in the Florida study. The opposite happened. Health economist David Cutler said the Florida report was deeply flawed, he hoped it wouldn’t discourage people from getting vaccines and that Ladapo was wrong to base Florida’s vaccine policy on it.

He went further: “If I was a reviewer at a journal, I would recommend rejecting it,” Cutler told The Washington Post.

Vaccine disinformation has real consequences — and Ladapo’s post has been shared hundreds of thousands of times. A revealing study by Yale University researchers published last month found higher COVID death rates for Republicans compared to Democrats, after vaccines were available.

And there is hesitancy — or at least malaise — when it comes to the most recent booster shot. The new bivalent COVID boosters are widely available, and yet only about half of Americans have heard much about the shot, according to a Kaiser Family Foundation poll. About a third of adults said they had gotten the booster or planned to.

COVID is still with us. There are vaccines that save lives. But people such as Ladapo, with his privileged platform in Florida, can do real damage. His assertions amount to a political position disguised as science and cloaked in the state flag. The danger is that some people may forgo the lifesaving vaccine because Florida, and Ladapo, told them to.