What is wrong with these people that they want complete control over everyone’s lives?   They again want to force everyone to live by their church dictates on morality.  They are so desperate to return the country to the 1950s and make it Leave It To Beaver time again. What happened to parents’ rights to guide what their children read; do they only have rights when they do what moral police want?  Are we a police state like China where we can only read or watch what the government approves?   Notice the claim it is to protect the kids, save the children.  But it really one group of people imposing their repressive morality on everyone.   What do they think is inappropriate, any LGBTQ+ content or characters.   Anything not allowed in the 1950 polite society.    What is the prurient interest of any minor?  What he means is anything not church approved reading material about good little boys and girls who don’t have any interest in that dirty body / sex stuff or dating until they hit that magic age of 18.  He says he wants kids to stay kids a little longer, what the hell.   What he is saying is he hates that society has progressed and we understand that kids have feelings and desires that they need to know about to understand.   He doesn’t want LGBTQ+ kids knowing they are normal and the other kids around them knowing it is normal and okay.     He says he wants to give control back to local communities and parents, but he is dictating this action from the state down taking that very control from the parents / local communities.  As the library person said, who is going to decide and will it be per kids as all kids are different?     Hugs 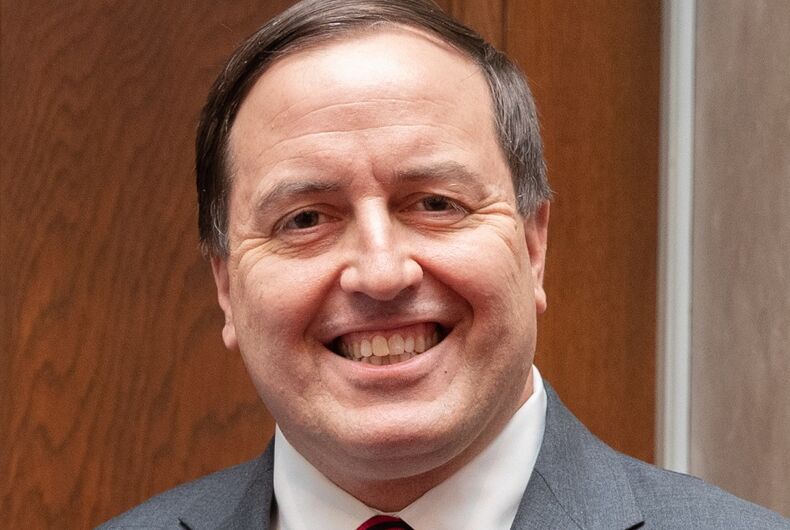 Missouri Secretary of State Jay Ashcroft (R) – who is the state librarian – has proposed a rule that would require libraries to keep youth away from “non-age-appropriate materials” or else lose state funding.

The plan would require libraries to create a policy to determine criteria for what is and is not appropriate for different ages and says that “no funds received shall be used to purchase or acquire materials in any form that appeal to the prurient interest of any minor.”

It also allows individual parents to essentially curate what their child can access, stating that libraries would need to adopt a “policy allowing any minor’s parent or guardian to determine what materials and access will be available to a minor.”

It adds that no library employee can knowingly provide a minor with material that their parent or guardian has not approved.

“When state dollars are involved, we want to bring back local control and parental involvement in determining what children are exposed to,” Ashcroft, who is the son of former U.S. Attorney General John Ashcroft, said in a statement. “Foremost, we want to protect our children.”

“Supporting the efforts of libraries across our state has been a priority of mine since day one – we have been able to provide millions of dollars to libraries through grants and other funding. Yes, we want to make sure libraries have the resources and materials they need for their constituents, but we also want our children to be ‘children’ a little longer than a pervasive culture many often dictate.”

Ashcroft’s proposal comes as conservatives across the country fight to ban books deemed “inappropriate” and “pornographic,” descriptions they often give to books containing LGBTQ characters and themes.

In Missouri, the city of St. Louis has already seen 114 book bans take place in schools just this fall, the St. Louis Post-Dispatch reports. The bans are the result of a new state law – which the Missouri Library Association strongly condemned – that bans “explicit sexual material,” which it defines as visual images or descriptions of genitalia or sex acts (though there are exceptions for art and science).

“Several of the things that are in there, our library district is already doing this. We already have policies — we have a collections materials policy. We have librarians who are well trained — we buy things that are age appropriate and designated for certain ages. We place them in the library in the appropriate place for those age groups.”

She added that they also already have a method in place for parents to challenge the appropriateness of a book.

And the proposal is worrisome, she says.

“What worries me is who is going to decide, you know, which materials are in the age-appropriate areas, and are they going to have a different opinion than our trained librarians, and who is the authority with this rule, and what will happen, and how will it be implemented. Will somebody be checking on something?”

Ashcroft’s proposed rule will enter the Missouri Register on November 15th and will then undergo a 30-day comment period.