This is an end run to enforcing anti-trans ideology.   Think on it, first banning cross dressing in a business as sex, then doing it for any place in public.  How is that different from the Taliban forcing women to wear a set type of clothing.  Will the Texas moral police then arrest women who are wearing pants.   This shit has to stop.  How is this not against the much cried about “freedom”?   Also since when is cross dressing a sex act?   Really if I wear a skirt / dress I am now having sex and so it should be done only in private?   What will they try to classify as sex next?   I was going to add a list of actors that performed in drag on TV or in movies but after googling it the lists got so long it would take the entire post.   It is endless from serious performers, to comedians, including famous stars from the past to big stars of today.   Google it yourself.  As this post says what about Broadway shows?  This is about pushing a religious moral standard from 2,500 years ago where the prohibitions against wearing the other sex clothing was implemented due to women being basically property at the time.   The culture has changed endless time since then.  Think on it, we don’t wear the same clothing they did then do we?  We wear mixed fabrics now don’t we, even the fundie religious do.    But these hyper right wing conservatives want to return to a time when they were more comfortable because everyone was just like them or so they thought.     Hugs. 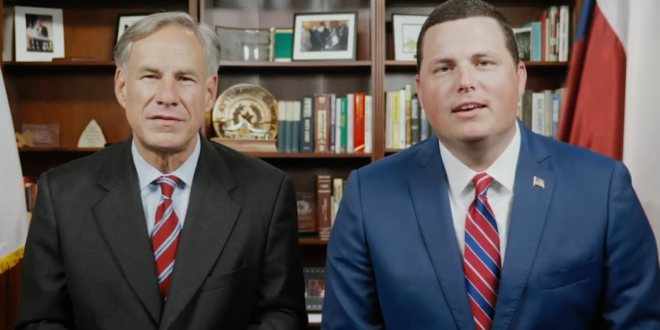 A filed Monday would classify any business that decides to host a drag show under the state’s statutory definition of “sexually oriented businesses.” The bill, sponsored by Republican state Rep. Jared Patterson, defines a drag performer as anyone who “exhibits a gender identity that is different than the performer’s gender assigned at birth “by using “clothing, makeup, or other physical markers” and “sings, lip syncs, dances, or otherwise performs” in front of an audience.

The current definition of “sexually oriented businesses” includes any venue where two or more people perform nude and alcohol is served. Those businesses are bound by special limitations, including a misdemeanor charge on par with vehicle burglary for the business owner if anyone under age 18 is let in. Patrons must be charged entrance fees of at least $5 at such venues, according to Texas statutes.

This is a literal ban on trans people performing in any capacity. A trans actor in a musical singing would suddenly make it "drag" and thus result in the play venue being labeled a "sexually oriented business."

Any venue that hosts "drag" events would be considered a "sexually oriented business" and must never allow a minor to enter at all, not just during the event. Not only that, it imposes a $5 fee per person on any business that hosts a drag event.

It also incorporates the ability of the Attorney General to sue and enjoin any business that violates this law. Thus, Ken Paxton would have the legal authority to sue any venue that hosts a drag performance and potentially close it down.

Here is the chud responsible for this bill, @JaredLPatterson. pic.twitter.com/fjQdwrYHkR

Under this newly proposed Texas law, @Harry_Styles would effectively be banned from performing in Texas. It's not just a law against trans or drag, it polices anyone who violates gender norms with clothing. It creates huge liabilities for businesses that allow "them" to perform. https://t.co/1NpSthFhB2 pic.twitter.com/b1OZQjt8zq

Cel K Elmquist • an hour ago

Women wearing pants? Lock her up!

Eventually, yes. There used to be dress codes that had such penalties.

Tulle • an hour ago

“exhibits a gender identity that is different than the performer’s gender assigned at birth “by using “clothing, makeup, or other physical markers”

This is legally vague not sure how it can be enforced. To take on the law I would start with a female gospel singer wearing pants

Jamieboy Highballs • an hour ago

and they let youth pastors keep on molesting.

As long as they’re wearing men’s clothing and no makeup it’s ok.

They are scared to death of us, aren’t they?

KarenAtFOH Rex • an hour ago

Also scared of their base, who want us dead.

unsavedheathen Rex • an hour ago

I don’t think they’re scared of us. But they want our neighbors to be scared of us because it distracts them from the hand picking their pocket.

AyJayDee Rex • an hour ago

No, they just hate us

Then they’ll slap the legislation with a religious freedom clause…

johnnybc • an hour ago • edited

I haven’t been to a drag show in 40 years. They are almost a rarity around here now that so many gay bars have closed. You have to search them out. But Abbott and his crew need a culture war to start since they have no way to improve the lives of Americans, and no way to stay in power other than by inciting division, fear and prejudice.

Time for churches to bring back mediaeval mystery plays.

TexasBoy • an hour ago • edited

So….no theater can show any movie like Victor/Victoria, Tootsie, Hairspray, or even the classic Some Like It Hot.

How about TV stations? Can they show White Christmas, or do they have to cut the Sisters song?

How about streaming sites like HBO, Netflix, Hulu, Disney plus?

clay Tulle • an hour ago

I bet someone will try to enforce earrings as “other physical markers”.

They can’t tell the difference between sex and gender, between sexual orientation and sexual behavior, because they don’t want to.

All the world’s a stage, we are all merely players.

Call the police on everyone who isn’t totally gender conforming. That man has long hair, lock him up! That woman isn’t wearing makeup, lock her up! That child is/isn;’t playing with a doll, lock them up111111

What’s the next target, trans people walking down the street? This is sickening, these Christians are evil, pure evil!

Dan M TnCTampa • an hour ago

10 years ago the federal courts would not allow this. But now…….?

What about old TV shows like Flip Wilson with his drag Character? Milton Berle had some. MASH and Cpl Klinger? Lots of them. Also Rudy.

Who’s next young men with long hair? It’s back in style.

Dave B Cel • an hour ago

Of course Republicans would legislate how people could dress or wear their hair.

What about all the TV talking heads who wear makeup…Cucker Carlson and Hannity and MARK LEVINE!!! YUCK!

Hunter M • an hour ago

I’m so glad to hear that Texas has solved all of its other problems so that it can concentrate on the things that matter.