*** Trigger Warning *** The following article describes the beating of a small dog to prove his authority / superiority over the dog.   He also says that a child will challenge you and needs to feel pain to be brought under control.   He feels he is a super Christian who feels entitled to tell others how to live.  This is not written back in a time when child abuse and hitting kids was not recognized as the horrible thing it is, this was written in 2015.   This man shouldn’t ever be let near a dog or child and has no right to tell others how to live.   If he will do this to a dog what would he do to a LGBTQI+ who he believes is an abomination who his god hates.  He gives a detailed way to use a sensitive muscle to cause so much pain a child will collapse on the ground, and he is proud of that.    *** Again Trigger Warning for violence / cruelty ***    Hugs

I want to thank Ali for the link.   It is important we understand this religious group that Dobson started and leads, that has spun off many other hate groups.   Also I won’t be highlighting the passages as I can’t.   I left in his books so if a person wants to cite them as child abuse or let the sellers know what they are pushing.   Hugs

James Dobson on How to Get to Heaven – Beat Your Dog, Whip Your Kid 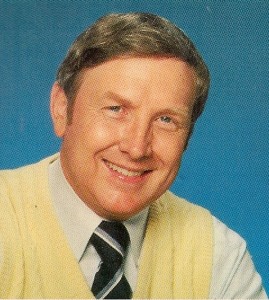 Siggie didn’t want to go. He growled and bared his teeth at his master.

Dobson went for his belt.

“I had seen this defiant mood before,” Dobson explained in the first chapter of his 1978 book, The Strong-Willed Child.

“There was only one way to deal with it. The only way to make Siggie obey is to threaten him with destruction. Nothing else works. I turned and went to my closet and got a small belt to help me ‘reason’ with Mr. Freud.”

Dobson, an evangelical Christian and a licensed psychologist, gave Mr. Freud a firm swat across the rear end.

The dog tried to bite the belt.

“I hit him again and he tried to bite me . . . That tiny dog and I had the most vicious fight ever staged between man and beast. I fought him up one wall and down the other, with both of us scratching and clawing and growling and swinging the belt.”

Finally Siggie backed himself into a corner and snarled at the belt-wielding child psychologist. It was to be the little dog’s last stand. “I eventually got him to bed,” Dobson writes, “but only because I outweighed him 200 to 12!”

The next night when Dobson ordered the family pet into his nighttime enclosure, Mr. Freud went “in perfect submission.”

And that is as it should be, according to Dobson’s lights. For just as a dog will challenge authority, so too will a small child–“only more so.” Whenever a child resists authority, some physical pain–a swat or lash with a switch or a belt—is in order.

The entire human race, you see, is afflicted with a tendency toward willful behavior, Dobson says. Adam and Eve had it. You and I have it. Our children have it.

Which puts our children’s very souls at risk. The child who fails to submit to his parents “leadership” will surely fail to yield to God’s formidable will as an adult, Dobson reasons.

Make no mistake, he tells his readers, God possesses “majestic authority.” God is in charge of the universe, and as such, God, the supreme Lord, requires obedience from his children. Those who do not submit to him will learn to their eternal horror that “the wages of sin is death.”

And that is why parents have to spank their children, or hit them with a switch or belt. For the sake of their eternal salvation, children must be brought under parental and, later, divine authority. To that end, Dobson insists, “most of them need to be spanked now and then.”

I’ve owned two copies of The Strong-Willed Child over the years. One, a copy of the 1985 trade paperback edition, sits on my desk right now. I ordered it online the other day to make sure I remembered the dog beating incident correctly. I had.

The first copy of The Strong-Willed Child found its way into our house back in the 1980s when our children were small. As a new parent, I was eager to learn everything I could from the experts, and Dobson’s book was a big seller at the time. As I read Chapter One, however, I was stunned by the spectacle of a man—a psychologist—beating his dog into submission.

Submission to God–And You

I was just as appalled, then and now, at this popular writer’s understanding of the nature of God. The man’s overarching goal in rearing his children—and helping you to rear yours—is to make sure that as adults they submit to God. Using a switch or a belt on a child is part and parcel of Dobson’s theology.

Of course, there was no way I was going to spank, whip, or use a belt to terrify my little son or daughter into submission to an all-powerful (and purportedly loving) God who sends  the disobedient off to hell.

So I stopped reading and put Dobson’s book on a shelf. I eyed it uneasily for some time, then got rid of it. It probably wound up in the garbage, which is where my second copy of The Strong-Willed Child will probably go.

(Readers who think it’s not OK to destroy a book that you own are referred to my essay “Do Books Have Rights? This One Didn’t. I Threw It in the Trash.”)

Dobson began writing his childrearing books back in the 1970s. Around that same time he also founded the socially and politically powerful–and very conservative–Christian media ministry Focus on the Family.

You’d think that, in the three-plus decades since, Dobson would have toned down his opinions on corporal punishment. He hasn’t.

At a meeting of the Religion Newswriters Association in Decatur, Georgia, last fall an unrepentant Dobson’s PR people screened a video of a child-rearing talk Dobson gave in the early days of Focus on the Family.

The video shows Dobson cheerfully describing what to do when your toddler disobeys. You hook the defiant behavior with consequences, he says. And you do that by making use of a conveniently located muscle, the trapezius.

“You squeeze that little muscle,” he tells his live audience, and “he goes down to the ground.”

I’m not kidding. The audience laughs. Hear the audio of James Dobson for yourself on the Religion Newswriters Association website.

The clip from the decades-old video was being shown at the conference as a promotion for Dobson’s latest book–Your Legacy: The Greatest Gift, which is all about passing on the Dobson values to the next generation, and the generation after that. And the one after that.

To be fair to Dobson, I want to point out that there’s a lot of wisdom in The Strong-Willed Child. Everything a parent does should be done with love, he urges. That feels right to me.

“Get behind the eyes of your child.” What a beautiful, helpful image for young parents to keep in mind.

Dobson is a smart man and an engaging storyteller. Too bad he thinks that heaven is so tough to get into that it requires him to wield a belt on his dog—and his kids.

Normally I pass along the publication information of the books I write about. But I can’t recommend books by James Dobson. They are not good for your children, nor you for that matter.

A version of this story first appeared on BarbaraFalconerNewhall.com, where Barbara  riffs on life, family, books, writing, and her rocky spiritual journey. Barbara ‘s newly released interfaith book is Wrestling with God: Stories of Doubt and Faith.

6 thoughts on “James Dobson on How to Get to Heaven – Beat Your Dog, Whip Your Kid”