Again they want the gay and trans people erased from society.   They don’t want people to be themselves, they want everyone including their kids to be clones of them.   These people don’t want freedom for others, they want the freedom to force you to have their views on everything.   They are conservatives so say right wingers who feel it is OK to be rude and insulting but don’t like the fact that their children don’t think that is OK.  In the article it says the parents don’t have an issue that their kids came out as gay which is a weird way to word saying that their kids are gay, but I don’t think they respected their children or their own ideas.   I have delt with this before, such as when a family member refused to stop using the “N” word slur when talking about black people.  The only thing you can do is refuse to be around them to get the point across.   Being progressive and accepting the modern society is a cult to these people.   She says the daughter made a big deal over a coffee cup, but in fact the mother is the one who refused a cup due to the rainbow flag on it.  So the real issue is the parents are bigots whose kids don’t want to be around bigots and the parents want to force their kids to become bigots like the parents are.  I had to laugh at the way K. Yang talks about a global conspiracy to … make things better and less oppressive for everyone which the right / conservatives cannot tolerate.   Hugs 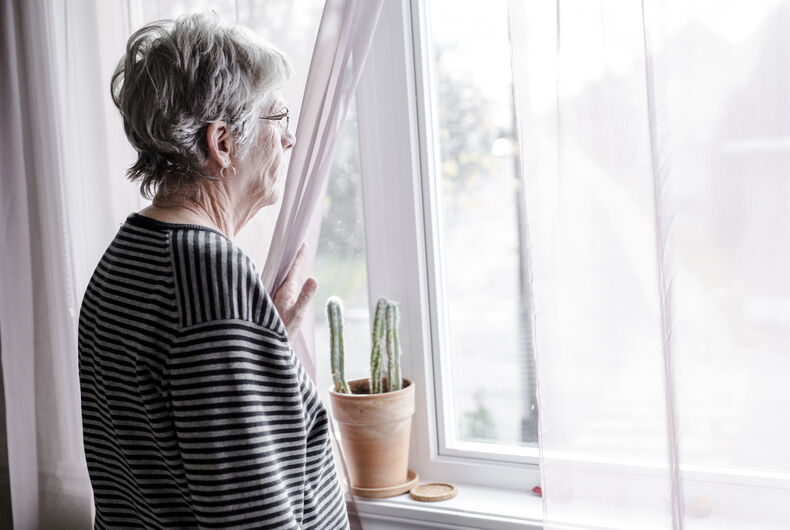 A new trend seems to be all the rage for anti-LGBTQ+ parents, who have been increasingly touting the need to “deprogram” their progressive children and turn them conservative.

A recent report from the New York Post features a group of mothers who say their children refuse to talk to them after being “indoctrinated” with “gender and race ideology” by progressive high schools and colleges.

The article likens progressive values to being in a cult and details the mothers’ desire to find a “deprogrammer” to jolt their children back to reality.

The mothers were inspired by another story from the New York Post, that of Annabella Rockwell, a pharmaceutical fortune heiress, a rightwing activist, and a Mount Holyoke alumna who claimed that her mother hired a $300/day “deprogrammer” to turn her conservative after college.

“I saw Annabella’s story and my life turned upside down,” said 54-year-old Beth Pensky, whose son and daughter don’t speak to her.

“I realized I wasn’t alone and I saw what happened to her was similar to what I think happened to my kids. I never even considered trying to find a deprogrammer. I didn’t know they existed. But I think it’s too late for me and my kids. They won’t even talk to me.”

A mother named Dorothy, whose last name was not given, also connected to Rockwell.

“Reading about Annabella was the first time I connected the dots to everything that had happened with my daughter,” she said.

“She had what she called ‘an awakening’ and became very angry at me and her father. It was a big personality change. We are conservatives so [our political views] became a huge problem. We were not allowed to visit her on campus. She went on a mission to convert her brother against us. She told him that he should be against us because we’re conservatives and that we all should be against men.”

Pensky and Dorothy also both claimed they did not have any problem with the fact that they each had daughters come out as gay. Rather, they say it was the way their daughters treated them in the aftermath that was the problem.

The article also featured an anonymous mother of five daughters who she claimed were turned against her by the upscale New York City private school Dalton and then further lured into the cult of progressivism in college.

“The emotional stress is unbelievable,” she said. “I consider myself a Democrat and a liberal but it doesn’t matter. I’ve had fights with some of my girls just because I wouldn’t get myself a Rainbow pride Starbucks cup. The cup itself became this huge battleground. Apparently it matters what cup you hold.”

And the deprogramming business is apparently booming.

36-year-old K. Yang was once a trans and gay rights activist who used they/them pronouns but has since “deprogrammed” herself. She said she is extremely busy these days as a full-time deprogrammer

Yang’s website claims to be “exposing the trans agenda.”

“There’s a war for our bodies & minds and it’s all connected,” it says.

“A lot of these parents are completely bewildered,” Yang told the Post. “A lot of them noticed a marked difference in their children’s behavior. Then all of a sudden ‘she’ identifies as ‘he.’ A lot of this is like a cult except parents don’t realize their child is being indoctrinated — not from an old-fashioned cult that takes you away somewhere but through schools and their devices. This is happening to kids everywhere, even those with a robust family life.”

Yang claimed there is a global conspiracy to “restructure society” that goes all the way up the United Nations.

“They are undermining the sexually dimorphic nature of reality and breaking down the differences between the sexes to break down our identity. They are constructing identities for us and they want us to adopt them.”

The article even featured the so-called “father of deprogramming,” 92-year-old Ted Patrick who was known in the 1970s and 1980s for helping parents “deprogram” their kids who had fallen victim to cults. Patrick’s controversial practices led to multiple jail sentences and dozens of indictments on grounds like kidnapping and conspiracy.

Patrick claims young people today are in a state of emergency and essentially says they should be kidnapped to fix it.

“It’s worse now than it was then,” Patrick said. “But parents are more scared and weak than they were then. You’ve got to get these kids alone. I’ve snatched people from Yale. I deal with the mind. You have to go into the mind, into that container, and bring the real person out. Once you get the person out you have to get the person thinking again — thinking like a critical thinker.”