Republicans cannot seem to care how their smoking hurts others around them who don’t smoke.   Sad that in 2023 with all the information around about how bad tobacco both smoked or chewed is for both those that do it and those around them.   But again republicans have a real issue trying to care about anyone other than themselves.   Hugs 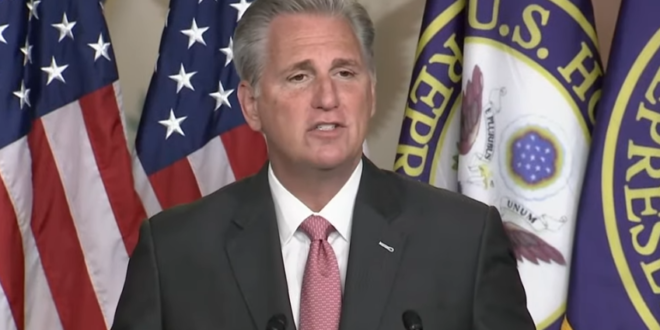 “Smoke ’em if you got ’em.” That’s not just the name of a 2004 Cypress Hill EP but also apparently the new rule in the GOP-controlled House. Republican members are lighting up their cigars in Congressional offices — and driving members of the press corps “insane in the brain” with the smell.

An executive order signed by President Bill Clinton in 1997 banned smoking in many federal buildings, but only those under the control of the Executive Branch. The laws in Washington, D.C. similarly ban smoking in indoor spaces, but again, that does not apply to congressional offices.

There’s an inescapable stench of tobacco smoke in the Capitol’s hallways https://t.co/CPditqBBj8

Washington, D.C., law bans smoking in all indoor spaces, but it does not apply to the private offices of members of Congress, never has.

There has indeed been some cigar hotboxing happening in a certain Rules Committee chairman’s office, which is nearby the House press gallery.

And the smell is…… strong https://t.co/8Or0RhRtzp

Welcome back to the 1950s, courtesy of the Republican Party.

The pettiness has just begun.

Yuck, cigarette and cigar smoke stinks. Inside buildings it spreads through the HVAC system and permeates everything, everyone’s clothing. It becomes in escapable. People who smoke reek of it; you can smell the stench when they walk into a room.

Republicans have been making life worse for everyone since 1968.

This is just one of many many samples of stupidity that the GQP will do with their new power.

What ever became if the national law banning smoking inside public buildings?

It literally does not apply to Congress – perhaps we need a constitutional amendment requiring members of Congress to be held to the same legal standards as other Americans – and perhaps their salaries should be tied to median incomes in their districts, and they should not have any better medical coverage or retirement benefits than ordinary Americans.

Next up: It will be legal, and even encouraged, to grope your female secretaries.

pshaw, groping is so yesterday – impregnation and forced childbirth is the new hot thing

why don’t we totally go back to the 1950s – old white guys smoking cigars in the back offices making deals. how progressive. i’m surprised if they do not allow drinking on the House floor – it’ll be just like bowling!

The GOP oft reminisce about the “good old days” of the 50s…a white man’s world, where the US dominated the world economy, while much of the world was still recovering from WWII.

They do conveniently forget the 90% tax rate on the wealthy & corporations…which helped the middle class to grow & prosper.

Why be surprised? They don’t care for anyone’s good health — not even their own.
Absolute idiocy!!!

I keep reminding myself that these people are getting elected, and am trying to wrap my head around how to stop that at the source.

This is what the GOP calls adulting.

Can the Democrats retaliate by “hotboxing” one of their offices with weed? Since it is apparently legal for recreational use.

See how much the Republicans throw a fit about that smell.

Everything with these totally-secure, super-heterosexual, manly-man pukes is about needing to wave their dicks in other people’s faces all day

If such phallic “power” displays (cheroots, guns) can harm others’s health too, so much the better

How does this fix the border? Inflation? They are acting like little kids.

It seems republicans are intent on exerting their right to be rude assholes no matter the cost to themselves or others. Please keep it up until you have turned public opinion solidly against your party.

Because why should they just destroy their health when they can destroy others’ as well?

It’s all fun and games until one of their toupees catches on file.

Sadly there are staff that don’t smoke or for health reason avoids smokers. Now they will be forced to work in a toxic environment.

And think of any pregnant staffers. Not good.

The only thing the GOP think of pregnant staffers is “you’d better have that baby or you’ll be going to jail for murder. And don’t expect any handouts or time off”

I would refuse to work in a smoke-filled office.
Hopefully many of the junior staff will quit (or sue) rather than elect to get cancer form secondhand smoke.
.

Assholery is the entire point now.

OT. Lawyer said we need to prosecute Donald Trump immediately. Sitting next to his Passport? Sounds like he’s going to turn them into big $$$fortune by selling us to Putin when he needs to escape justice to Putin his protector.

AND tfg had top secret docs literally sitting in the same drawer as his PASSPORT.

A simple solution for the press: Stop covering them. Deprive them of all attention and let them know why. Smoking policy reversed.

Nothing screams progress like firing up stogies in the US Capitol. I wonder if they’ll allow smoking in all Federal buildings. It’s only fair!!

Gross. I’d be pissed if I was a staffer who had to go home every day with my clothes reeking of smoke. Dry cleaning ain’t free. That’s minuscule to the effects that kind of enclosed environment can have on people with asthma and other respiratory ailments.

Plus, that nasty, greasy residue will be settling all over inside the Capitol. I guess lathering the place with that residue isn’t too unexpected from the party that smeared their own feces around the building.

*shakes head* If Biden was really as awful as the Republicans say he is, they sure have some bizarre priorities now that they control the House.

I don’t care what people do with their own lives, and it gives me some comfort knowing these assholes are opening themselves up to an old age of sickness and likely a miserable death (both my parents died of smoking-related illnesses, not pretty) but I feel sorry for the reporters and staffers who are subjected to their secondhand smoke

One thought on “Republicans Lift Ban On Smoking In Capitol Offices”