Nigerian police have rescued dozens of people, including many children, from a church basement where they had been told to wait for what they believed would be second coming of Christ, police said.

Police raided the Whole Bible Believers Church in southwestern Ondo State on Friday after a tip from a local mother who said that her children were being kept there against their will. Seventy-seven people, including 26 children, were rescued and two church pastors were arrested, Ondo State police spokeswoman Funmilayo Odunlami said in a statement.

Police said the people had been kept in the church after being told they must wait for Rapture, a belief among some Christians that they will ascend to heaven when Jesus Christ returns.

The Voice Of America reports:

Reports say some of the people had been in the Whole Bible Believers Church for as long as six months and had been convinced they would soon witness the second coming of Jesus Christ. While some of the people are reported to have been kidnapped, others came freely.

One young woman said that she had decided to join the church because “my parents were leading me away from God and I want to make heaven.” Authorities conducted the raid on the church after complaints from parents. The pastor and other members of the church have been arrested, police said.

So, let me get this straight….
The Rapture DIDN’T come, and they waited as long as SIX MONTHS!?! What is wrong with their Jeebus anyway? How disappointed they must be with him!

Still busy rigging sportsball games. He’ll get around to it. Eventually. 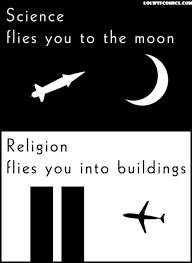