At the end of the first part of the post I will post more information from the linked article about how dangerous and insitduos this type of legislation is.    But I see this as one state telling other states what they can or can not do.   Hugs 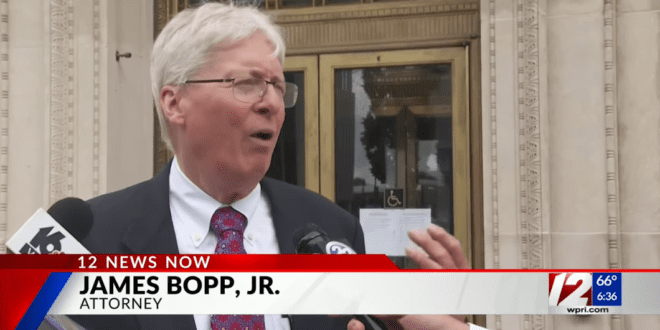 The National Right to Life Committee is lobbying states to enact legislation it’s drafted that would make it a crime to advertise information about abortion pills or other methods of ending a pregnancy. The model bill treats abortion like organized crime, by using a combination of civil and criminal penalties in the same way that the 1970 Racketeer Influenced and Corrupt Organizations Act does.

The scope is broad and suggests penalizing anyone who even conveys information about the procedure. State lawmakers in Indiana and South Carolina have already shown interest. Proponents of abortion rights said the First Amendment and a Supreme Court precedent should protect advertisers, but the court’s adherence to precedent is in flux. The lack of clarity could weigh on risk-averse online advertising platforms.

The group is represented by attorney James Bopp, who last year filed multiple failed lawsuits seeking to overturn the result of the 2020 election and to block vaccine mandates at universities.

Bopp, who was the lead attorney in Citizens United, made many appearances on JMG a decade ago starting with his representation of the groups, including NOM, who were seeking to overturn same-sex marriage in California.

Bopp also represented the haters in Washington state’s anti-gay Referendum 71 campaign, during which he laughably claimed that “literally hundreds of people were subject to death threats, destruction of their property, theft, threat to their families or even fired from their jobs” for having signed the referendum’s petition.

He also represented Focus On The Family in their ultimately successful bid to remake Iowa’s state supreme court following its approval of same-sex marriage.

Most recently, Bopp represented Marjorie Taylor Greene and Madison Cawthorn in challenges to remove them from the ballot.

Under the National Right to Life Committee’s proposed legislation, Google’s web-hosting service could be in trouble, said Florida State University law professor Mary Ziegler. Likewise, Facebook could potentially be liable for any user-generated content promoting abortion that’s aimed at people in states where those services are illegal.

While these platforms continue to host abortion-related advertising, the abortion-rights advocacy group Plan C said that getting ads promoting abortion services approved on them is arduous and getting more so.

The biggest concern for digital advertising platforms in the short term are laws, similar to those in the National Right to Life Committee’s proposal, in Oklahoma and Texas that permit civil suits against anyone who helps someone else get an abortion.

Both states allow residents to sue parties that aid or abet an abortion with damages set at a minimum of $10,000. While the laws specify that paying for an abortion qualifies as aiding and abetting, legal experts say the laws could extend to advertising.

Ziegler predicts laws that penalize sharing information on abortion will have a chilling effect on the digital ad industry, possibly causing platforms to suppress abortion advertising and abortion content voluntarily in states where it’s not legal. It may already be happening. Last month, Vice reported that Instagram and Facebook removed posts from users offering to share abortion pills. Meta, their corporate parent, said the posts violated its policies on regulated goods.

Dimitratou said Facebook often rejects Plan C’s ads for “promoting the sale of unsafe substances,” the determination of which is under corporate parent Meta’s discretion. Like Google, Meta has special approval processes for running ads about abortion as well as medications. However, only online pharmacies, telehealth providers, and pharmaceutical manufacturers can apply.

Google acknowledges that its advertising policies could change. It does bar abortion-related ads in 72 countries where it’s illegal.

Ann Kah • a few seconds ago

Within some period of time ….oh, let’s say about nine months… the results of this whole social experiment should be coming to light. I wonder how many women will die in that time period. And reluctant as I am to make victims into a talking point, we’ve got to do it before the general election.

They just had “Militia” in Peru torturing women for “witchcraft”. I kid you not, in 2022. The US “Christians” better hurry or they will not be the most religiously woke and regressive in the world. “Bring back Salem”