Religious preference takes priority over a woman’s health.   In his mind the woman had sex so should be forced to have a pregnancy followed by a forced birth.   How dare she enjoy a sexual encounter and have it for anything other than procreation.    He is a pharmacist and should not have the job if he cannot dispense medication ordered by a doctor.  He is not a doctor.   He is not the woman’s medical provider.   If he doesn’t want to do the job, then get a different job.  Here is a case of demanding special rights due to religion.    Remember when the right used to say the gays wanted special rights when we demanded to be treated equally, well religion is now demanding special rights and they are getting it.   Hugs 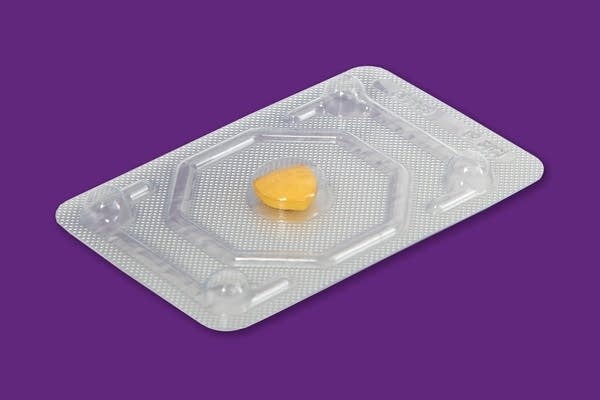 An emergency contraception pill is seen through packaging in this stock photo.
Photo by Sophia Moss

An Aitkin County jury on Friday found that a central Minnesota pharmacist did not discriminate when he refused to provide emergency contraceptives to a woman in 2019.

Andrea Anderson of McGregor Minn., sought to fill her prescription for Ella, which is used to stop a pregnancy before it starts, after a condom broke during intercourse.

She had the prescription sent to a nearby Thrifty White pharmacy, but when she called to confirm, pharmacist George Badeaux told her he would not fill it due to “personal reasons.”

According to the lawsuit, he said a colleague might be willing to fill it, but with a snowstorm imminent that person may not make it into work. Anderson got the prescription filled in Brainerd, but it required a 100-mile drive round trip in a snowstorm that allegedly took Anderson more than three hours.

In his deposition, Badeaux said it was not the first time he’d declined to provide emergency contraceptives.

According to the suit, the Minnesota Board of Pharmacy allows pharmacists to decline to fill a prescription for emergency contraceptives if it conflicts with their beliefs. However, they must make other arrangements for the patient to get their medication.

Anderson said in a deposition that the experience made her feel “embarrassment and shame.”

Leaders with the group Gender Justice, which represented Anderson in this case, said they plan to appeal.

“The testimony was so clear that she received lesser services than other customers because what she was going there for was emergency contraception. And so we believe that, by law, that’s discrimination in Minnesota,” said Jess Braverman, legal director for Gender Justice.

Braverman noted that the jury did award Anderson $25,000 for emotional harm caused by the experience, although the pharmacist will not have to pay her that money unless the no-discrimination finding is changed in future motions or on appeal.

Charles Shreffler, Badeaux’s attorney, confirmed that. “In order for [Badeaux] to be liable for damages, he has to be found liable. The jury has to first find that he discriminated against Ms. Anderson on the basis of her sex, and the jury specifically found that he did not discriminate against her.”

“We are incredibly happy with the decision,” he added. “Medical professionals should be free to practice their profession in line with their beliefs.”