I guess it is not a stretch for a bigot to be a racist also.   Hugs 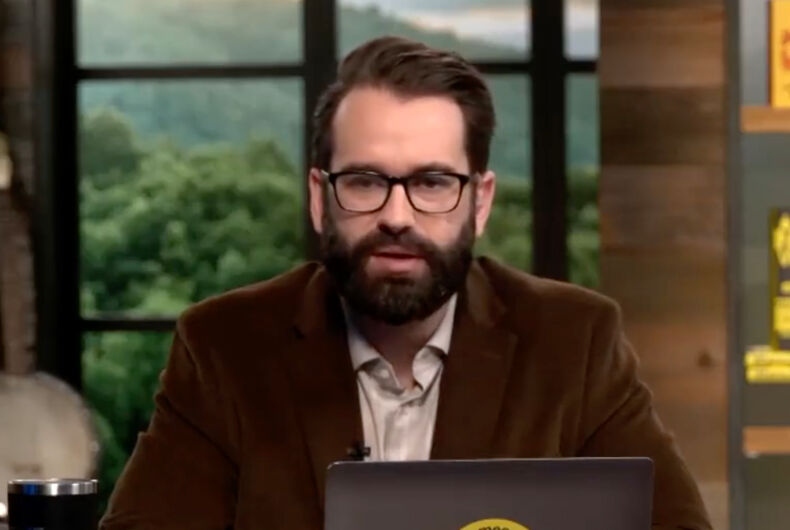 Daily Wire host and columnist Matt Walsh has upped his profile as a notorious anti-LGBTQ troll in recent months, targeting transgender people with his film What Is a Woman? Now, he’s diving into the racist backlash against Disney’s live-action remake of The Little Mermaid.

And his argument against casting a Black actor in the film’s lead role is truly wild: he claims that it’s “scientific” for mermaids to be white.

On a recent episode of The Matt Walsh Show, the far-right commentator argued that it is unscientific for Halle Bailey to play beloved mermaid Ariel.

“Also, by the way, with The Little Mermaid, can we also just mention that, from a scientific perspective, it doesn’t make a lot of sense to have someone with darker skin who lives deep in the ocean,” Walsh actually said on his show.

“I mean, if anything, not only should the Little Mermaid be pale, she should, actually, be translucent. If you look at deep sea creatures, they’re, like, translucent. They have no, kind of, pigmentation whatsoever. And they’re just, like, these horrifying — they look like skeletons floating around in the ocean. That’s what the Little Mermaid should look like. She should be totally pale and skeletal where you can see her skull through her face. And that would actually be a version of The Little Mermaid that I would watch.”

Daily Wire host says it is unscientific to cast a Black person as a mermaid: “From a scientific perspective, it doesn't make a lot of sense to have someone with darker skin who lives deep in the ocean”https://t.co/0tnbMQbC2t pic.twitter.com/VxALDQTjOi

Setting aside how truly absurd it is to argue for a scientifically accurate depiction of a mythological half-fish person, several Twitter users have noted various deep-sea fish and aquatic mammals that have dark skin.

This is a dragonfish. They live in the ocean at depths down to 2000 meters. Anybody notice what color it is? pic.twitter.com/Ak5uTSsC9g

Whatever you do, do NOT tell Daily Wire’s noted biologist @MattWalshBlog about the saltwater Midnight Angelfish. https://t.co/712GR6SFIC pic.twitter.com/9jCDdmYF1u

Predictably, in a subsequent tweet, Walsh attempted to cloak his racism in the guise of satire, claiming to have been misunderstood.

“I said Ariel should be played by someone with translucent skin like a real deep sea fish and thousands of Leftists took me seriously and are calling me racist because of it,” he tweeted on Wednesday. “I’m actually being accused of harboring racial favoritism for translucent people. I love it. This is great.”

Walsh’s laughable take is just the latest in the racist online commentary around Bailey being cast as the character. The backlash has led many families to post heartwarming videos of Black children seeing Bailey in the role for the first time to counter the vile racism with unbridled Black joy.