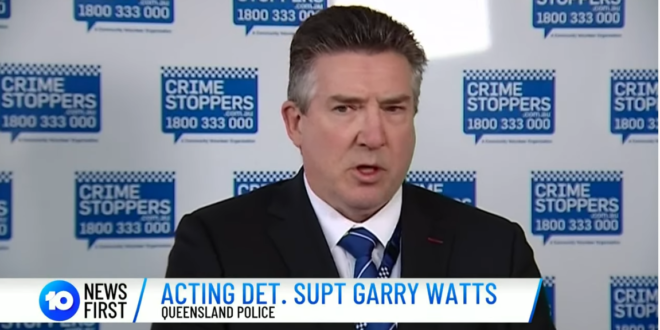 Twelve members of a religious group in Toowoomba have been arrested after the death of an eight-year-old girl, who Queensland police say was allegedly denied life-saving medication in the belief she would be healed by God.

Elizabeth Rose Struhs had type 1 diabetes and died in her family’s Rangeville home, west of Brisbane, on 7 January. Police allege her parents, who have previously been charged with murder, began withholding insulin six days earlier.

Police allege paramedics were not called to the scene until 5.30pm the next day, with the Courier Mail reporting members of the church group believed she would be resurrected.

Her dad, Jason, 50 and mum, Kerrie, 46 allegedly chanted prayers and hymns with up to 20 members of their breakaway Christian church who surrounded their child rather than get her life-saving medication.

Some of the members of the group, who call themselves ‘The Saints’ as they believe they are at the height of Christianity, even played the guitar as the little girl lay dying and no one called an ambulance.

The parents have now been charged with murder, torture and failing to provide the necessities of life for the youngster – alongside 12 other members of the group who were taken into custody for murder charges on Monday (July 4).

Christians who prayed for diabetic girl, 8, instead of giving insulin arrested for murderhttps://t.co/X0IV0GkIbx

Fundamentalism is the ultimate expression of narcissistic hubris. They pray and they claim God speaks to them. Think about that for a second. They prey. And then they believe the voice inside their own head is the literal voice of the creator of the universe. They believe their own thoughts are God.

Randy503 JustDucky • an hour ago

Worse, this group thinks that they know better than every other “Christian” on the planet about God. It’s the ultimate narcissism.

Let’s just be honest here, there are people who are fundamentally broken, or lost, or in such pain that they’ll gladly reach out to anything that gives them some solace or structure. Then there’s just the large swath of folks who want to feel like they’re in on something special (see QAnon)… thus Kabbalah, numerology, a sparkling variety of cults and quasi-cults, and groups like these.

And that doesn’t even get to the people whose whole social structure is based on their church membership, and the churches are designed intentionally for that purpose. Why else have a church with a theater, day care, gym, and so on if not to make it near impossible for people to leave because they’d have to give up just about everything?

A legitimate question is where do their religious rights ends, and the state’s interest in protecting the child begin. I thought, and all of you thought that we knew where that boundary is. I’m not sure that we do any more.

I was taught in the fourth grade (back in the ’50s) that my right to swing my fist ends just before it hits another person. In other words, as I read the constitution, I cannot use MY rights to suppress or deny another person THEIR rights. The Handmaid’s SCOTUS just blew up the wall of separation between church and state.

Under the new regime a woman’s uterus and any byproducts thereof (i.e. children) are considered the property of the nearest male relative and are exempt from state oversight, since men can do whatever they want with their own property.

Does anyone think these assholes would do prayer if their asses were the ones on the line?