I don’t normally feel the need to add my thoughts to Joe.My.God posts, he does a great job and covers it all.   In this case I want to point out several things.   Reading each section, you see that the republicans / right wing is clearly equating drag, which is simply dressing up in a costume, with sex.   More important they are trying to equate it with active sex with kids.  Please tell me how reading to kids in a costume is sexual?   What if I dressed up as a Klingon and read to kids, would that be sexual?   Because what the right / republicans are trying to do is also equate drag with transexuals.   Yes they want you to think trans person when you read drag.  That is what they did with CRT, change what people think when they hear it.   What they want is when you find out there is a drag queen story hour you think trans women reading to kids, which again is not sexual or wrong but it is the rights way of making it seem dirty and sexual.  Think of it reading stories to kids in public with their parents and other adults present is being made to see like a sexual orgy by the right.   Why?   Because it is a political wedge issue and being used by the republicans to drive their base and the religious right to the poles.  It stirs up anti-trans hate, makes people angry at the LGBTQ+ because it creates an image in their minds that again kids are being sexual used.   It also validates the religious people who think that all the non-1950 traditions are sinful.  Again in a room in public with other adults present including the child’s parents / guardians is a sexual performance involving the kids. To these people simply the idea of a guy dressed in “woman’s” clothing is sexual and a sin that makes their god cry!

Clothing has no damn gender people.  Men wore dresses for a long time, men in some cultures wear skirts, and in some native cultures people go nude, and who doesn’t like a damn toga party.   This is not about the clothing or the cloth.   It is about gender roles and privileges of each gender.   Men must have all the rights and be in charge while women must be submissive and give men their bodies and serve them.   Men rule and women obey.   That is what this is really about.   Think of it why is it always trans women that the right gets so upset about?  They never mention trans men.   Because in their minds any male that would give up their god given right to rule over and take what they want from the other gender is crazy and ill.  Plus by a man with all his rights becoming a woman with no rights screws up their idea of what the world must be.   Trans men don’t bother then because women don’t matter to them and they figure they will put them in their place soon enough.

The second thing I want you to notice is that in order to vilify drag queens a “Christian” is repeatedly lying about seeing a drag performer showing their genitals.   That never happened.  The “Christian” altered the video they showed and reported to police to try to frame the drag performer.   The police said they viewed other footage and had the altered video checked.  The performer did not do what the “Christian” claimed.   However after being called out on it, the “Christian” still keeps making the claim everywhere anyone will listen to them.     They are going on right wing media claiming the performer did it even though it is proven wrong because the right knows their people won’t check the facts and most simply don’t care.   The right prefers their feelings to facts.

This is about being moral police, let’s be honest.  This has nothing to do with kids.   This is entirely about the idea that some people hate the idea of men dressing like women.   Yet as I keep saying that has been something done throughout history especially from the start of the TV era to today where one of the most popular shows is RuPaul’s Drag Race, which I believe is in its fourteenth season.   So why is this so important now?  Religion, has anyone noticed a surge in the right trying to regain traditional gender roles while forcing more religion down everyone’s throat?  This is part of the Christian nationalist push.  This is what the right wants, to push their view of right and wrong based on the religious morality of 2,500 years ago that promoted slavery.   The right wing in the US is fast becoming the US Christian version of the Taliban.   Stop them now before they come for everything else that they object to in our society!   Hugs 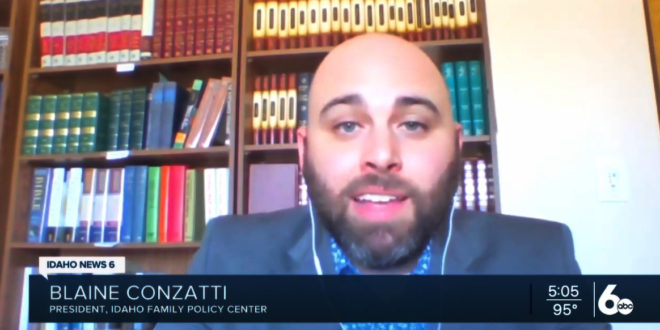 A bill that would ban drag performances in all public venues will be introduced in the first days of the next session of the Idaho Legislature in January, Idaho Family Policy Center President Blaine Conzatti told the Idaho Capital Sun.

Conzatti and other conservative activists around Idaho and across the country have protested against events in public spaces that feature drag queens, including drag queen story hour events at public libraries.

“No child should ever be exposed to sexual exhibitions like drag shows in public places,” he said. Conzatti also cites a drag performance in Coeur d’Alene in June as another example of public indecency, when a performer was accused of exposing himself during a Pride in the Park event.

A drag performer has sued a blogger who falsely accused him of indecent exposure and posted doctored footage of him online. Eric Posey, a Kootenai County resident whose stage name is Mona Liza Million, performed June 11 at the Pride in the Park celebration in Coeur d’Alene. The next day, blogger Summer Bushnell published an edited video of Posey’s performance on her Facebook page. Posey’s pelvic area is blurred out in the edited video, implying nudity.

Bushnell claimed that Posey exposed himself to the crowd. She called for Posey’s arrest in her Facebook post, urging the public to contact police and the Idaho Attorney General’s Office. The Coeur d’Alene City Prosecutor’s Office reviewed the edited video, as well as other unedited videos and photos. Prosecutors announced in July that the evidence shows Posey did not violate any state or local law.

Idaho GOP chair and state Rep. Dorothy Moon did not address questions about whether the state party supported the proposal, but she told VICE News in an email that the Idaho GOP is “opposed to the sexualization of children, including ‘family-friendly’ or ‘all-ages’ drag shows.”

The events she is referring to include drag queens reading children’s books to kids at public libraries; Conzatti’s comments, moreover, indicated the proposal would apply to drag shows in public spaces even for adults.

Idaho, like much of the country, has also seen an uptick of violence towards LGBTQ+ people in general. In June, Coeur d’Alene police arrested dozens of white supremacists who allegedly planned to disrupt the city’s Pride festival,.

The Idaho Family Policy Center, an affiliate of the hate group Focus On The Family, is also the main driver of an abortion ban in Idaho. Conzetti knows his claim about that drag performer is a lie, but happily parrots the lie to local media in the name of Jesus.

It's not just about kids anymore: A rightwing Idaho think tank reportedly helped draft a bill to prevent even adults from performing or watching drag in public spaces. https://t.co/IW6o7AhY1B

crewman • an hour ago

That has First Amendment Violation written all over it.

Paddycakes2001 crewman • an hour ago

As Sam Alito would tell you, the word “drag” does not appear in the 1st Amendment, therefore . . . .

I’d like to say this violates the First Amendment, and it does, but I don’t trust it in the hands of the courts today. This is clearly eliminationist and will lead to far more horrifying efforts to erase LGBT people from society.

It’s clear that their end goal is our complete erasure, and it’ll all be for the sake of “religious freedom” and/or “protecting chillllldrennnnn.”

AyJayDee Serene Pumpkin • an hour ago

I’ve been saying for years that the only difference between these people and the Westboro Baptists is that Westboro at least has the balls to come out and say they want us dead. These people want the same, but they know they have to be diplomatic if they want to get on TV and have the public accept them as expressing just another point of view that one might happen to disagree with – as opposed to being the genocidal fascists they are.

When I was in college, I got funny looks for saying we should be more afraid of people like Tony Perkins than Fred Phelps. But I was right.

Friday Serene Pumpkin • an hour ago

Well, polls have shown that if these Christian bastards ever figured out how to identify LGBT people in the womb, they’d be all pro abortion in those instances.

Chucktech Friday • an hour ago

Posthumously Friday • an hour ago

That’s exactly what my father told me! “Your mother and I are opposed to abortion. But had we known that you’d lead a gay lifestyle, we would have aborted you.”